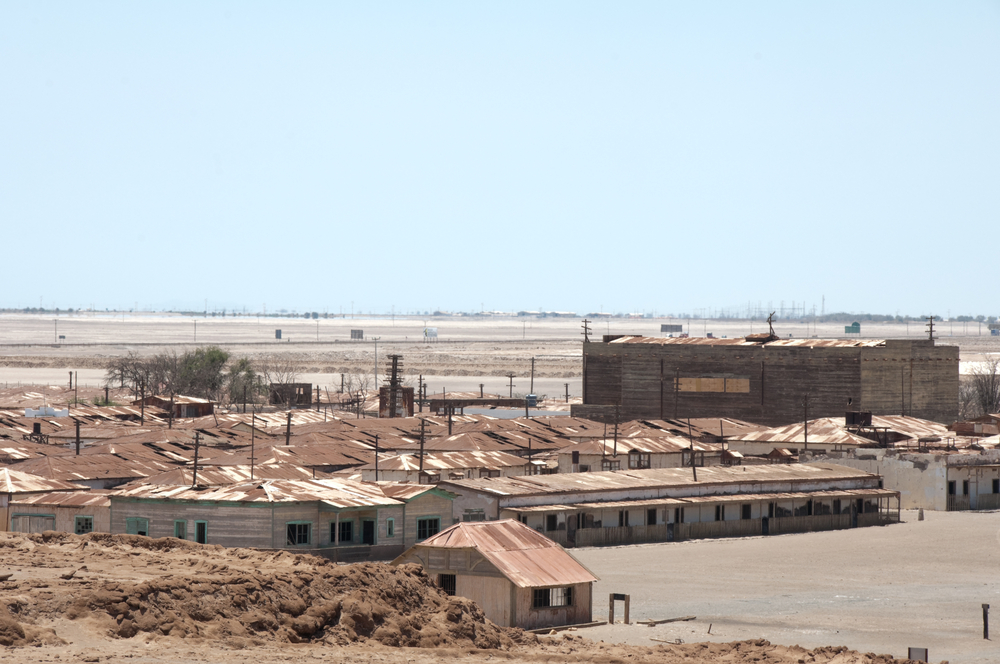 The Victoria Saltpeter Office is 115 km. southeast of the city of Iquique, in the abandoned settlement of the same name. It was formed on the site of the previously existing Sistema Shanks office.

Construction began in 1941 and was completed in 1944, It belonged to the group formed by Osvaldo de Castro, who modernized several nitrates mines. It was worked until the late 1970s, making it the last functioning office in the Tarapacá zone. A very similar system was used here to that used in the María Elena office.

At the height of its activities, this office had upwards of 2000 workers, who, together with their families and other inhabitants, both private and state employed, made up an urban center with a population of over 9000.