The Dance Festival of La Tirana 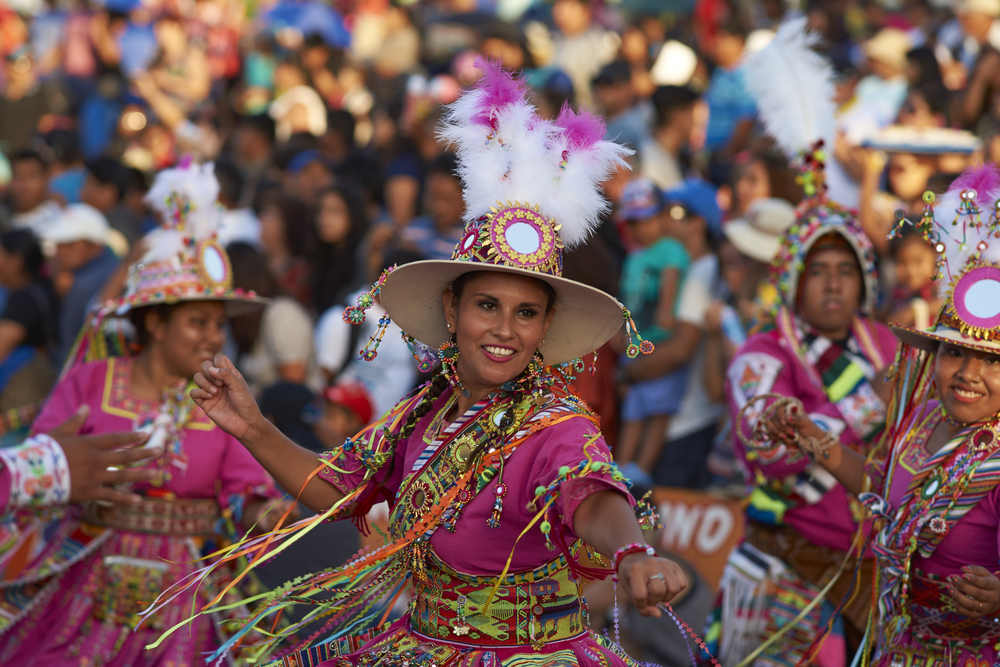 Among the most striking events of the festival of La Tirana are the religious dances which are performed every year on 16th July, the day of the Virgen del Carmen.

The festival takes place between the 12th and 17th of July, and the village undergoes a complete metamorphosis from its normal tranquil existence, becoming thronged with visitors and pilgrims who come to celebrate the festival of the Virgin.

The religious dance is known as “chino" dancing, and people arrive at the village in trucks, buses, pick-up trucks, cars and even some on foot to keep their vows. Some enter the village on their knees. The "chino" dances are fraternities of a Christian-catholic nature which are found in profusion in the north of the country, and extend down as far as Valparaiso, especially in the festivals of the Virgen de las Peñas, the Virgen de la Tirana, the Virgen de la Candelaria de Andacollo and in the celebrations of the Virgen del Carmen held in the Votive Temple of Maipú.

The name "chino" has NOTHING to do with the inhabitants of China. The term is a "quechuanism", in other words a term from the quechua language incorporated into Chilean Spanish, meaning "servant" (male or female). It was the word used under the Inca Empire to denote those people who were devoted to the service of the god Inti, to whom they danced in the ritual public celebrations of the time. This is also the origin of the name "chinas" which is sometimes used to refer to maids or female servants.

The dance groups practice their choreography all year round and prepare their costumes and masks with great dedication. In the "diablada", the masks represent the devil as seen by the pre-Hispanic Andean culture, with bulging eyes, curling horns and a disfigured face, painted in bright colours and shining with silver and gilt, and far removed from the European representation of the devil.

Each dance consists of a number of not more than 20 dancers directed by a leader, who wears a mask which identifies the group. The masks may represent wolves or devils, or be entirely fantastical. The costumes are embroidered with various symbolic figures such as birds or other animals. To satisfy the needs of so many visitors a multitude of shops, bars and eating houses is improvised.