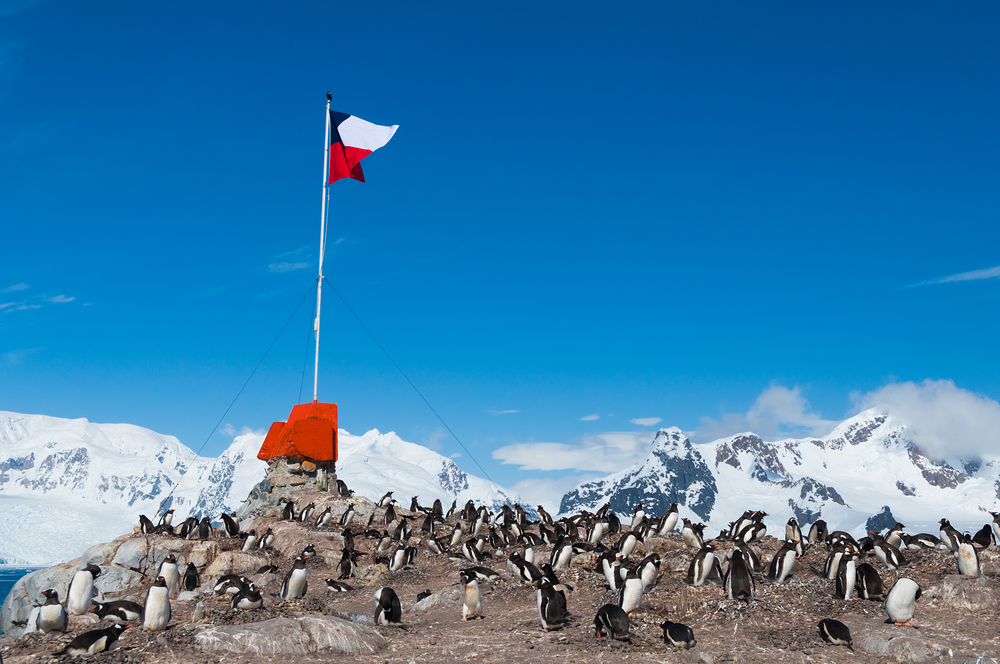 The Chilean territory in the Antarctic comprises an area of 1,267,723 km2, out of a total of 14,000 km2, and includes the islands that extend south from the Canal de Cockburn to the west and the Canal de Beagle to the east.

The islands, in fact a part of the Andes, have a tundra climate, which with its abundant precipitation and low temperatures is not particularly well suited to the growth of vegetation. This is why only mosses and lichens are to be found here.

National sovereignty in the Antarctic is assured by the existence of Villa Las Estrellas and numerous bases and huts that are used for scientific observation. The territory possesses mineral and animal resources. Most notable is the exploitation of krill.