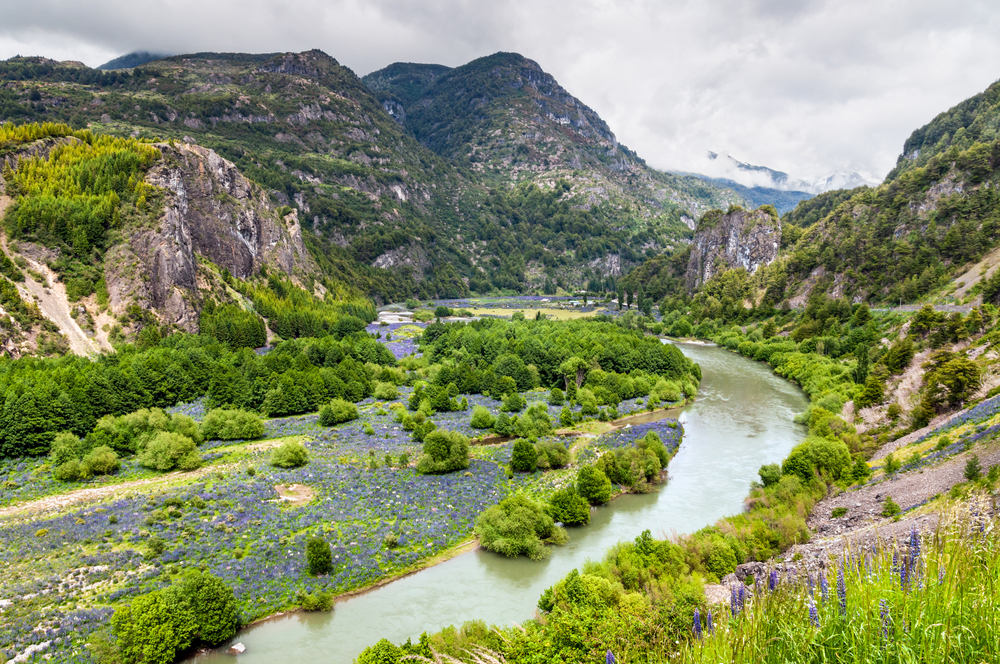 This park takes its name from the Río Simpson, which runs through it towards the west and is one of the best fly-fishing rivers. You can reach the park by the paved road from Puerto Chacabuco to Coihaique, 37 km along.

The area of this protected park is approximately 40,452 hectares. It has a rugged terrain with mountains soaring to over 1,600 meters, and valleys and narrow gorges carved out by the rivers which run between them. Points of interest in the park include the Río Correntoso, which flows into the Río Simpson, and the Cascada de la Virgen, both of which are surrounded by beautiful countryside and lush vegetation.

This vegetation is mainly forest composed of coigüe, tepa, mañío, ciruelillo, canelo and tepú. You can also see chilco (fuchsia), which is the most abundant shrub in the area.

With regards to the fauna of the area, huemul (Patagonian deer) live in the eastern sector, in the rocky landscape of the steeply scarped foothills of the Andes and Huemul mountains. The puma, on the other hand, lives higher up the mountains in the summer and comes down to the low ground during the winter. Other species which live in the reserve include pudú, zorro, güiña, bandurrias, queltehues and a large variety of wild ducks.

Among the most beautiful places in the park are, without doubt, the Cascada de la Virgen and the Salto Velo de Novia.