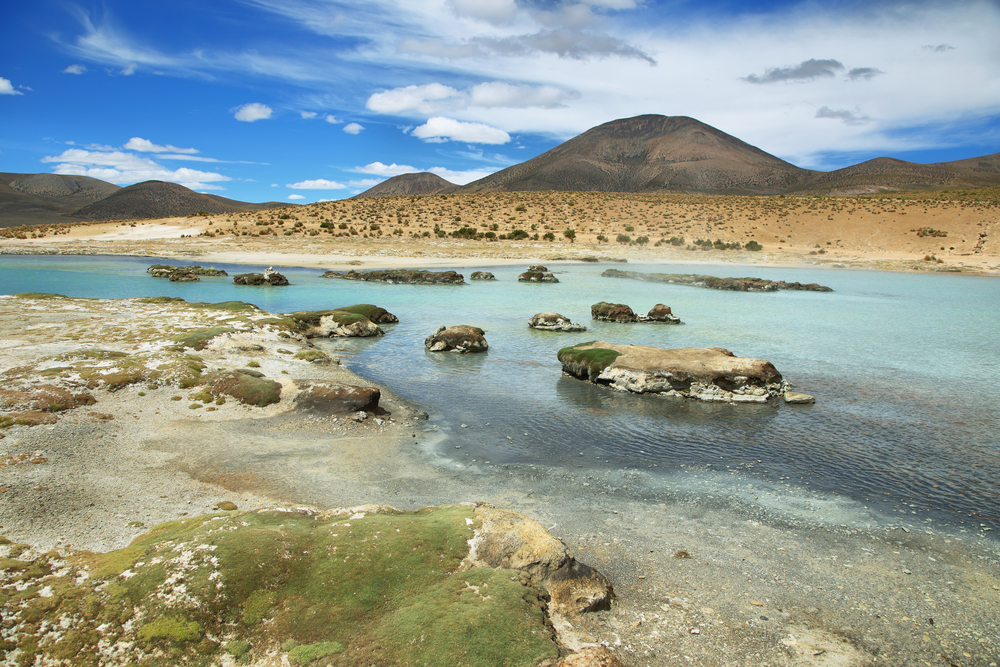 Situated at 266 km. southeast of Arica, this Natural Monument encompasses 1.7500 hectares. Geographically, the flat surface area corresponds to the Surire Salt Plains and the central area, with a predominant height of 4.322 mts., corresponds to the Oquealla Hill. The area experiences extreme thermal oscillations, with temperatures fluctuating between -15°C at night in winter to 5°C during the day.

Its name is taken from the animal species characteristic of this area known as a ‘suri’ or ñandú (sometimes referred to as an American ostrich). The eastern area was declared a National Monument in 1983, the purpose being to preserve the varied fauna that inhabit the area.

The common vegetable species that you will be able to see here are: the tuna cactus which grows on the high Andean Plateau between 3.300 and 4.500 mts., the tola which grows in the Andean foothills at 3.000 mts., the paja brava which grows between 3.300 and 4.500 mts., and the bofedal which is found at 4.000 metres on this ecosystem.
The fauna characteristic of this area is the llama -found in the foothills-, the alpaca, vicuña, ñandú or suri and the Puna Quail on the plateau. Many flamingos such as the Andean Flamingo, the James Flamingo, and the Chilean Flamingo live in the interior lagoons of the salt plain alongside the Caití and the Juarjual duck.
Check out the CONAF website for more information about your visit (in spanish only).