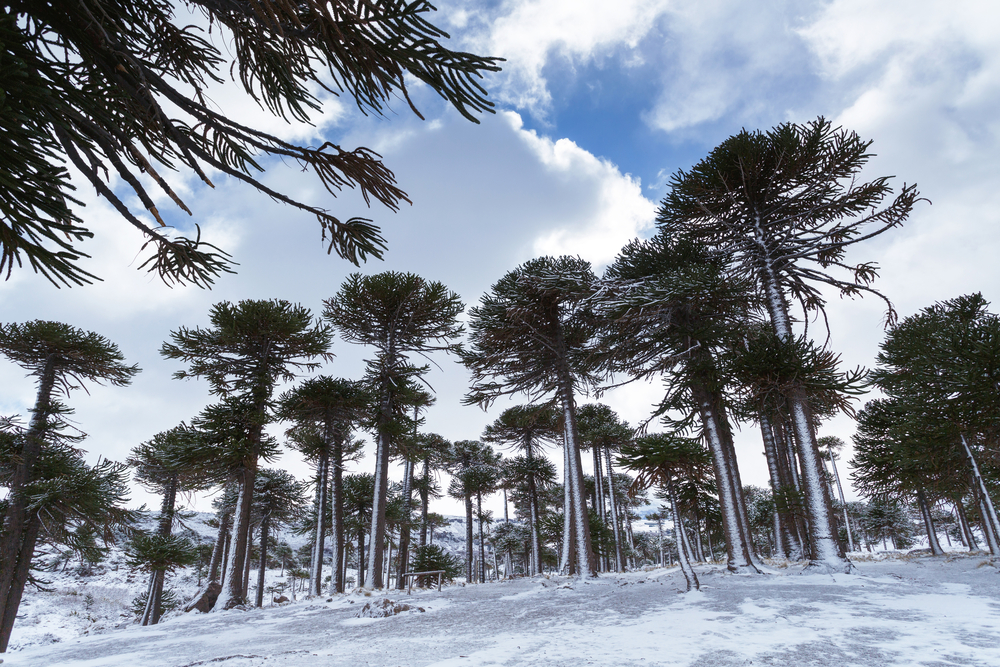 This resort is on the lower slopes of the Llaima Volcano, in a sector known as Los Paraguas. One of the principal attractions is the forest of ancient araucaria (monkey puzzle) trees, known as "paraguas" because of their umbrella-like shape. There are three drag lifts serving slopes for skiers of all levels. The Las Araucarías Ski Centre offers a coffee shop and lodging. Ski instructors and equipment hire are available during the season.

Access is from Temuco via Cajón and Cherquenco. From Temuco to Cherquenco the distance is 60 Km. on paved roads. From there up to the ski centre is another 23 km. of gravel road. Vehicles going up to the centre should have four-wheel drive, otherwise chains are compulsory from the CONAF control point. The season starts in June – in 2008 the national ski touring championship was held to open the season.