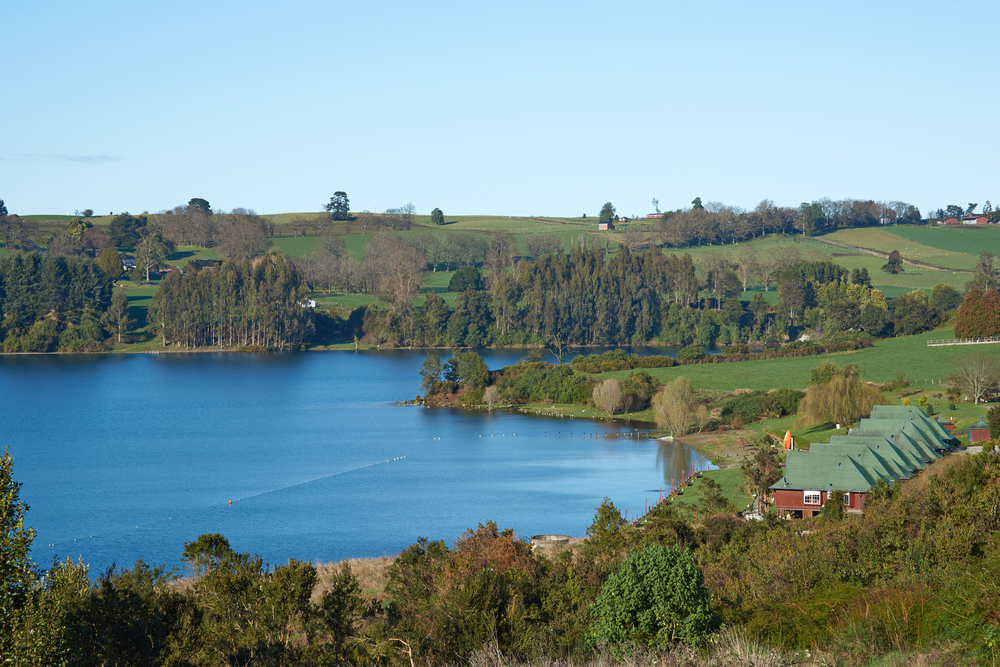 This is the second largest lake in Chile, the first being General Carrera Lake. It has a surface area of 86 000 hectares and a maximum depth of 317 m. Its name means ‘submerged place’.

Prior to the year 1852, this region was an unexplored, uninhabited territory which was completely unspoilt and abandoned. Lake Llanquihue, known as Hueñanca, Purahila, Quetrupe Pata, by the different indigenous groups at that time, remained unknown to the Spanish until March 1552, when Pedro de Valdivia discovered it. A report was dispatched to the King of Spain, dated 26th October 1552, detailing the event.
Years went by and the lake’s existence was unnoticed after the date in October 1552 when it had been mentioned by the Spanish conquistadores. In 1842 it was rediscovered by don Bernardo Philippi, who was convinced that he had discovered an enormous area that was suitable for the project he had planned involving the colonization of the south of Chile. Hence, he recommended that the government colonize this vast unpopulated area with German settlers and achieved his goal, after several exploration trips had been made which had been ordered by the Supreme Government. This resulted in the drawing up of the Land Law, on 18th November in 1845.
The cities Puerto Varas, Frutillar and Puerto Octay lie along the edge of the lake and are famous for their beautiful beaches, their Germanic style architecture and the summer events that are held there.
The perfect cone shape of Osorno Volcano is reflected in the lake’s water as well as the peaks of the Puntiagudo, Calbuco and Tronador.
Accessing Lake Llanquihue
Ruta 5 Sur (south): If you are travelling along the Carretera Panamericana you can access Lake Llanquihue via the province of Osorno and you will almost immediately come across the town Puerto Octay and the Centinela Peninsula.
Ruta 225: When travelling on the international cross border road Vicente Pérez Rosales the route known as ‘Cruce de los Lagos Andinos’ connects the city San Carlos de Bariloche, in Argentina, with Lake Llanquihue catchment area, cutting across the Carretera Panamericana.
By Air: Via the international airport El Tepual in Puerto Montt. It is 30 minutes from Lake Llanquihue and transports an average of 30 000 passengers per month.
By Sea: Via Puerto Montt’s port which is 20 minutes from the lake. Several cruise companies organise transatlantic stopovers in Puerto Montt offering priority excursion services in the Lake Llanquihue area.