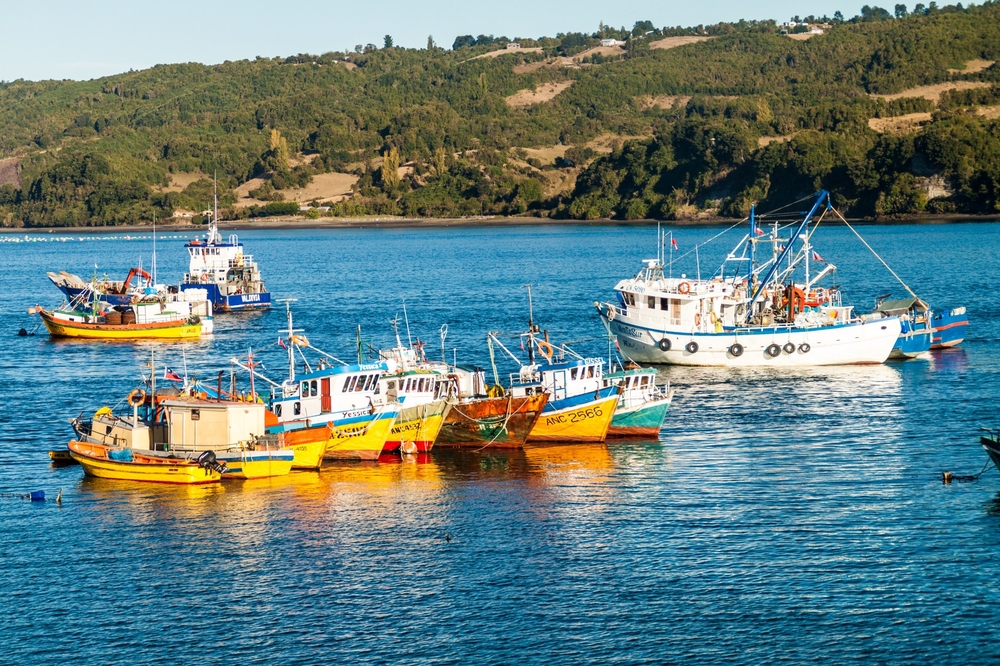 Curaco de Vélez
Located on the island of Quinchao, reached via ferry crossing at the Mocopulli intersection, 25 km from Castro, on the turn-off 8 km from Dalcahue. After making the ferry crossing, take the asphalt road for 9km to get to the town. The town dates from 1660 when religious people from the Order of the Jesuits built their first houses there.

Achao
Located 25 km from Dalcahue, on the Quinchao Island. It was founded in 1743 as a Jesuit Residence and a missionary center for all of the islands. Nowadays it is a lively town with boats arriving there from all the surrounding islands. There are boarding houses and restaurants there. You can visit the seaside promenade, the beach and the port, as well as the Church of Santa María de Loreta, declared a World Heritage site.

It is known that the nave was built in around 1740, and the façade was later remodeled, so as to resemble the church of Quinchao. It is designed in Baroque style.

It was declared a National Monument in 1951, and a World Heritage site in December 2000.

Villa Quinchao
This is a little hamlet, with very few houses, located next to the beach, south of Achao. Here you will find the Church of Quinchao, declared a National Monument and a World Heritage site.

Church of Quinchao
Located on the island of Quinchao, in the hamlet of the same name. Its main festival is celebrated on December 8, in honor of Nuestra Señora de la Gracia.

Tenaún
Located 37 km from Dalcahue. It was founded by the Spanish in 1767 as an intermediate port between Castro and the islands. It is a small down with attractive houses, a large plaza, an open beach and it’s home to the Church of Tenaún, World Heritage site.

Church of Tanaún
Located 37 km from Dalcahue, in the town of Tenaún, that means ‘three mountains’, symbolized by the three towers of the church, that dates from the 19th Century.

This is one of the oldest churches of the zone, and was built using various different types of wood, amongst them cypress, mañío, cinnamon tree and hazel nut tree.

It was declared a National Monument on August 10 1999 and a World Heritage site in December 2000.

Calen
Located 27 km from Dalcahue, this ancient indigenous town has rich, ancestral traditions and an old church built in 1875, that has a strange triple cross. It’s located on the bank of the Dalcahue channel and there’s a line of houses on the beach with a view of the islands and the volcanoes of the cordillera.

Cascada Tocoihue (Tocoihue Waterfall)
Located 30 km from Dalcahue, this is a water fall more than 45 meters high, surrounded by native trees. The water course ends its journey in the beautiful Tocoihue brook.