Where to go on Isla Robinson Crusoe? 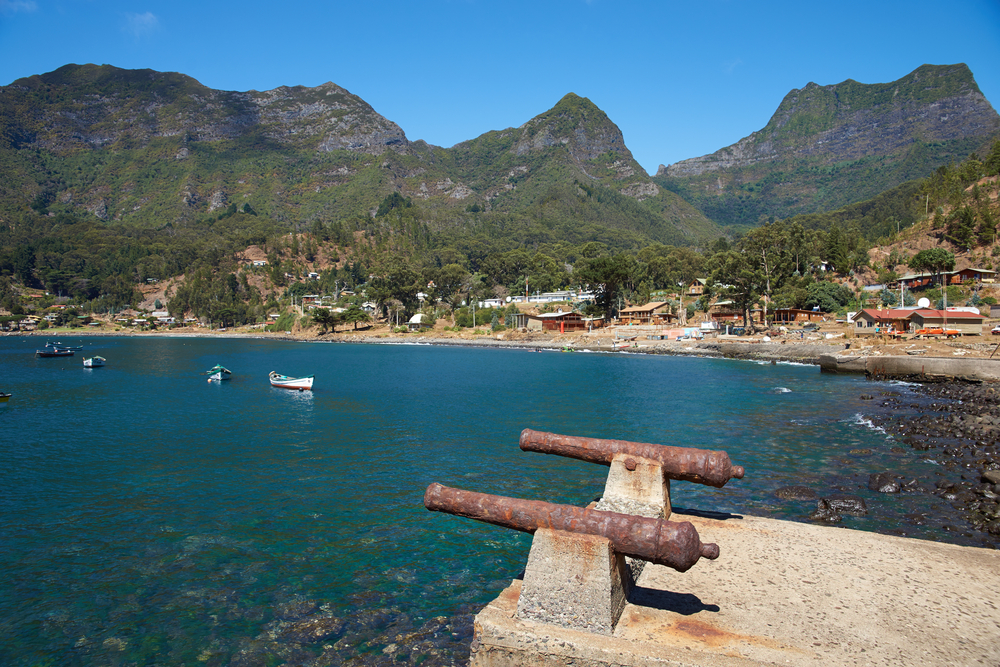 Fuerte Santa Bárbara
This fort was declared a national monument in 1979 and is located in the town of Juan Bautista. To reach the fort you need to go along the southern side of the square and go up Calle El Castillo.

The Spanish government built it in the year 1749 in order to prevent the islands in the Archipelago being used to protect the pirates and corsairs who devastated the American coasts.

Fuerte Santa Bárbara, which was then called Juan Batista, is built out of stone and it has 15 cannons of different caliber.

Restos del Acorazado Alemán Dresden
The remains of this battleship was declared a national monument in 1985. During the First World War, in 1915, the Bay of Cumberland was the stage of one of the battles of the Pacific between the German battleship Dresden and the English ships Kent, Orama and Glasgow, which followed and attacked the
German battleship, sinking it in this bay.

The traces of this battle can be observed on the cliffs of Punta San Carlos. The remains of the veterans rest in the village’s cemetery.

Casa de Cultura en Robinson Crusoe
Inside this house is the Museo Alfredo de Rodt and the Biblioteca Municipal Daniel Defoe. In its rooms you can study the remnants of the German battleship Dresden, including its crockery and other objects from the ship. There is a collection of different objects and photographs related to the islands’ colonizers. Entry is free and it is open from Monday to Friday from 10:00 to 13:00 and from 16:00 to 22:00.

Cueva de los Patriotas
To reach this cave, you need to take la Calle El Castillo, on the southern side of the Plaza de Juan Bautista, until you get to the Fuerte Santa Bárbara, where you must take a left.

It is a beautiful historic place, located in the Bay of Cumberland, where the deportees used to hide from the royalists at the beginning of the 19th century during the Spanish Reconquest. The deportees arrived in the corvette Sebastiana, the frigate Venganza and the brigatine Potrillo. Among them are notable figures in Chilean history: Cienfuegos, Egaña, Eyzaguirre and Solar.

Plazoleta del Yunque
You can reach this small square from a track that takes half an hour walking or you can horse ride from Juan Bautista going southwest for 3 km. It is a plain found at the foot of the Cerro El Yunque, which is the highest hill on the island. Here there is a large quantity of endemic flora where the red hummingbird resides.