Where to go in Ovalle? 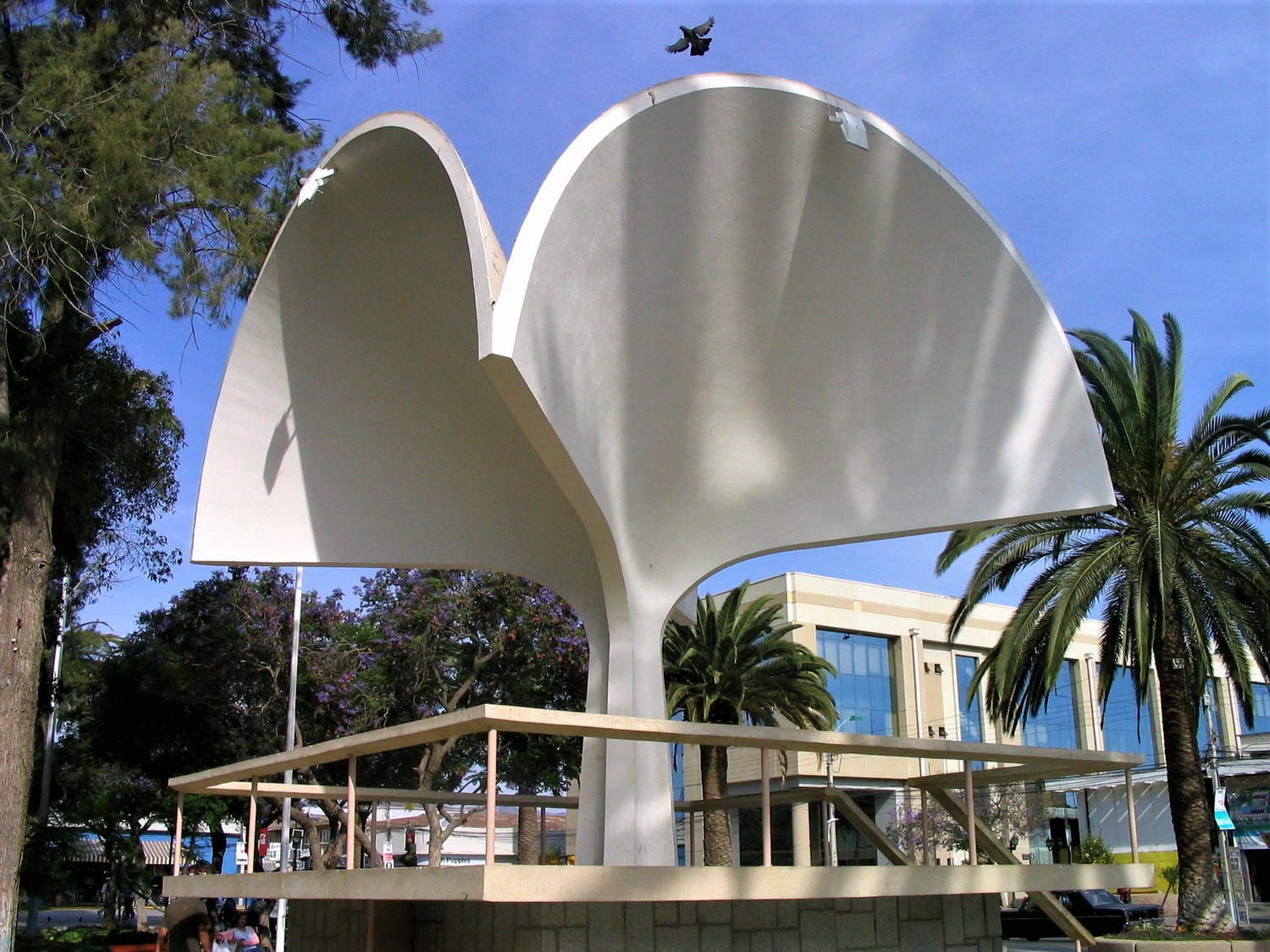 This is in between  Ariztía Oriente Street and Ariztía Poniente Street. It is the main, public walk way and it stretches over four blocks from Socos Street to David Perry. It has beautiful palm trees and gardens. The third block has a wonderful water mirror and a monument in honour of Pedro Enrique Alfonso who was vice president of Chile during Carlos Ibáñez del Campo’s time in office, and which was created by the national sculptor Galvarino Ponce.
Ovalle Railway Station and Mechanical Workshop
This was the supplier for implements used to improve the rails and trains in northern Chile, the second most important in Chile. It was fundamental in the city’s economic, cultural, social and sports development, during the last century.
The Ex Railway Station is now the City Council’s Cultural Centre and houses the Public Library, an exhibition and conference hall and a really modern museum which exhibits the most complete collection of Diaguita pottery.
San Vicente Ferrer Church
It is situated in Libertad Street Nº 260, opposite the square.  It was declared a Historical Monument in 1981 and construction initially began in 1824. It was destroyed in 1847 by the earthquake that devastated the city. Reconstruction began in November in 1849 with the first stone being laid and was officially inaugurated on 22nd of December in 1888. In October 1997, another violent earthquake produced serious structural damage to the building and it had to be restored. In May 2002, the refurbished San Vicente Ferrer temple was handed back to the Catholic community in Ovalle, in the presence of the papal nuncio in Chile.
Limarí Museum
It is situated in Covarrubias Street on the corner of Antofagasta Street. It has an extensive collection of indigenous crafts, particularly from the Diaguita culture, with examples of ceramics and utensils.
It was opened on 17th September in 1963 by the Ovalle Archaeological Society and in 1974 the Archives, Libraries and Museums Board became responsible for it.
The museum is housed in the old train station which was recovered and restored by the City Council and converted into the Guillermo Durruty Alvarez Cultural Centre.
It is open from Tuesday to Friday from 09.00 to 13.00 and 15.00 to 19.00. On Saturdays, Sundays and public holidays it is open from 10.00 o 13.00.
Ovalle Model Fair
This is the largest agricultural fair in the north of Chile. To get to it you have to go up Benavente heading towards the mountains. It is the commercial heart of Limarí.
It was opened on 21st April in 1986 and built on the land where the original State Railway Mechanical Workshop was located. It is a picturesque piece of land covering five hectares and has instigated a lively form of rural-urban trade. It is a meeting point for farmers from over 200 villages.
It is open on Monday, Wednesday, Friday and Saturday from 08.00 to 16.00.
Ovalle Arms Square (Main Square)
This is situated in the heart of Ovalle, between Libertad Street and Vicuña Mackenna Street, Victoria and Miguel Aguirre Street. It was designed by Gastón Cea and it is surrounded by Phoenix palm trees, as well as other species which make it look like a botanical garden.