Where to go in Antofagasta? 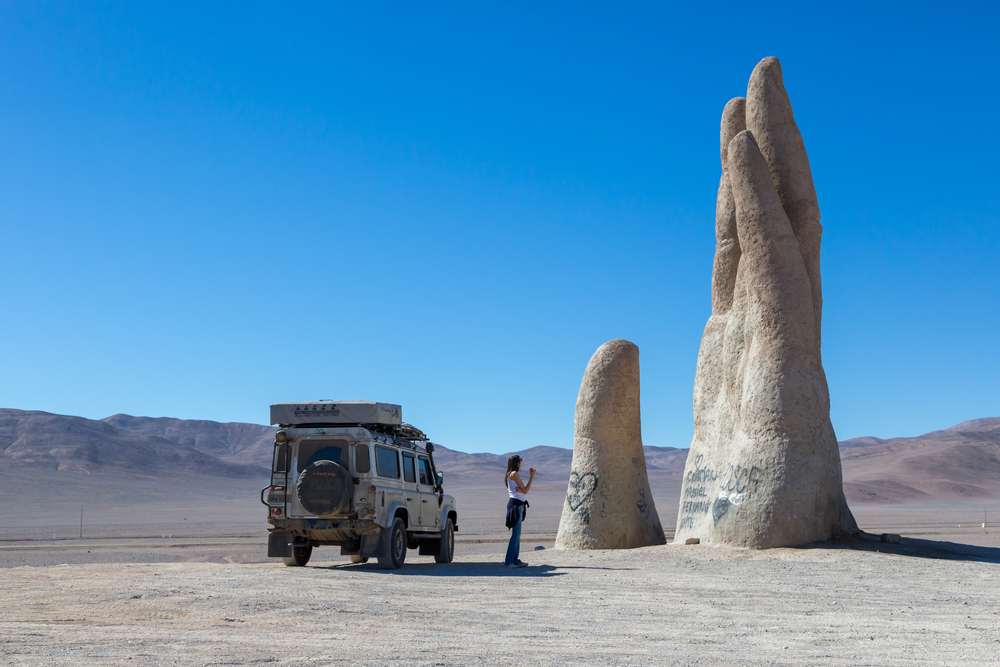 Colón Square
The square was given the traditional title of “Plaza de Armas” in 1860, for the fiftieth anniversary of Chilean Independence. At that time it was decorated with beautiful monuments, amongst them the Monument to the King and Queen of Spain, a pavilion built by the Yugoslav community and a clock donated by the British Colony.

Sea Walk
Known in spanish as Paseo del Mar, this is a modern work of engineering, built between 1979 and 1982. It was built to beautify the pedestrian walkway. It comprises green areas, a beach resort, and food and lodging services. The Plaza de los Eventos, inaugurated in 1999, is located in the northern sector. It is an architectural unit beside the sea.

Historical Quarter of Antofagasta
The historical quarter (Barrio Histórico) contains a series of buildings, several of them National Monuments. The most well-known are the Muelle Salitrero (the nitrates dock), the former Maritime Authority building, the former Customs House, and the Regional Museum of Antofagasta.

Clock Tower of Antofagasta
The clock tower (Torre del Reloj) is located in the middle of Plaza Colón. It was erected using big blocks of enameled ceramics which were brought out from England. The face of the clock is a replica of the clock-face of Big Ben in London, England.

Regional Museum of Antofagasta
It was created in 1984 and consists of two buildings: the former Maritime Authority building, where the library and the administrative offices are located; and the former Customs House, where the permanent display of collections is housed. Here you will find all the cultural and natural history of the region, as well as important remains from the Pacific War and the Nitrates industry, demonstrating the importance of the golden age of this mineral. Click here for more information.

Buildings of the Antofagasta-Bolivia Railway
The buildings of the Antofagasta-Bolivia railway line were constructed by the old Railways and Nitrates Company between 1885 and 1887, in neo-classical style. Nowadays, the railway is run by a large private company with modern equipment. This is the location of the former station, which has been declared a National Monument.

Nitrates Dock
The Nitrates Dock (Muelle Salitrero) is located in the historical quarter and was built in 1872, serving a number of purposes, for example the unloading of the railways. After years of damages and decline, it was restored and nowadays its an interesting touristic walk with a cafeteria and a viewpoint.

José Francisco Vergara Square
This square was declared a National Monument in 1980 and it is one of the relics that are kept as a compelling reminder of the mining past of the area. It was built in wood at the beginning of the century, and in 1976 it had to be moved from the Vergara Nitrates Plant to the campus of Universidad de Antofagasta.

Municipal Beach
This beautiful beach is located to the south of Antofagasta and it’s distinguished by the services which it provides, and for being especially good for bathing. There are restaurants, sports grounds and a pedestrian walkway.

Las Almejas Beach
This is a picturesque beach located in the urban area of Antofagasta. It is tranquil and suitable for sunbathing,  swimming and watersports.

Huanchaca Ruins
The ruins are located between Angamos and Argentina Streets, beside the Universidad Católica del Norte. This used to be the foundry of the Huanchaca Mining Company set up in 1873 with Chilean, Bolivian and English capital. Their objective was the exploitation of the Pulcayo and Oruro mines. After operating for nineteen years, it was closed down and dismantled in 1912.