Things to see around Llanquihue 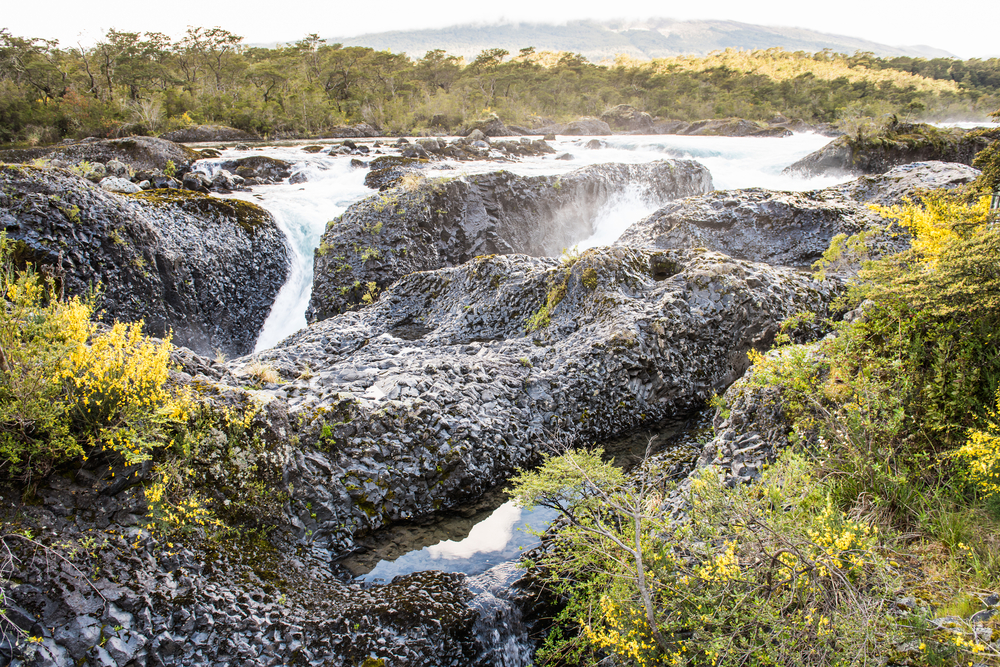 When heading southwards on the road around Lake Llanquihue, in the direction of Puerto Varas,  you will find the lagoon at kilometre 50, after you have passed Playa Hermosa, Playa Niklitschek, Punta Cabras, Poza Loreley and a few other smaller beaches. If you travel a bit further you will be able to see a bed of lava that flowed down as far as the lake in1835. It is gradually being covered by a layer of vegetation.
La Burbuja Ski Centre

Situated at kilometre 52 on the road around Lake Llanquihue and a bit further on from Laguna Verde, you can enjoy the new ski centre La Burbuja, complete with ski lifts, accommodation and a café. You will need to take the road that leads to Osorno Volcano.
Los Pellines
With approximately 1450 inhabitants, this is located 9 km north of Llanquihue town via La Ruta 5 Sur. It is a growing town which was recognized as an urban development 6 years ago thanks to various housing projects.
Loncotoro
A rural village 25 Km from Llanquihue town via the road V-40 (in the western part of the town). It has a population of 1211 inhabitants and is made up of the following sectors; Línea Balmaceda, Línea Solar, Línea Sin Nombre, el Mechal, Colonia los Indios, Colegual Chico and the village Loncotoro (with an estate and farmhouse).
Colegual
It is a predominantly rural sector with many farmhouses and a population of approximately 1200 inhabitants.You will be able to reach this area via the road V-36 (the road to Fresia) and it takes in these sectors; Colegual, Colegual Grande; Colegual Esperanza and Colegual San Juan Macal.
Puerto Varas
It is 20 Km north of Puerto Montt, on the southeastern edge of  Lake Llanquihue. The city has 28000 inhabitants and is set in a natural frame formed by the lake and the Osorno and Calbuco volcanos.
The main industry is milk production but it is also famous for meat production and other agricultural services. Tourism has been a growing market, noticeable in the number of hotels that have been built which all take advantage of the lakeside location and its beautiful surrounding areas.
Frutillar
Situated on the edge of Lake Llanquihue in the western sector, opposite Osorno Volcano. It has15 403 inhabitants.
On a cultural level, Frutillar hosts the musical event ‘Las Semanas Musicales de Frutillar’. Since1968 it has brought classical music to the area, inviting famous symphonic and philharmonic orchestras conducted by renowned directors, as well as chamber ensembles, choirs, jazz and national and international opera singers.
You can also visit the lakeside amphitheatre (Anfiteatro del Lago), the Edmundo Winckler Forest park ( Reserva Forestal Edmundo Winckler) and the German Colonial Museum (Museo Colonial Alemán).