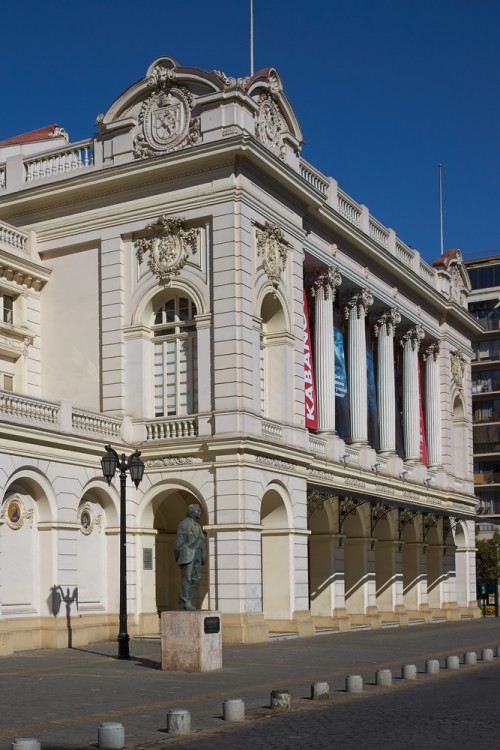 The Municipal Theater was inaugurated on September 17, 1857, with the opera ‘Ernani’ by Giuseppe Verdi, performed by an Italian company brought in specially for the occasion.

It was built by the architect Francisco Brunet de Baines and engineer Augusto Charme, who benefited from the collaboration in France of Charles Garnier (who built the Paris Opera and the Casino at Montecarlo) in completing the project.

The main theater has a capacity of 1,500 spectators and the Sala Claudio Arrau can hold an audience of 250.

At present, as stated above, the theater has been the subject of reforms and modernization to bring it up to date with advances in modern theater technique. Some areas have been refurbished in order to provide both artists and technicians with efficient means to give successful, moving expression to the miracle of art in all its aspects.

The Teatro Municipal de Santiago was declared a National Monument by Governmental Decree in 1974.