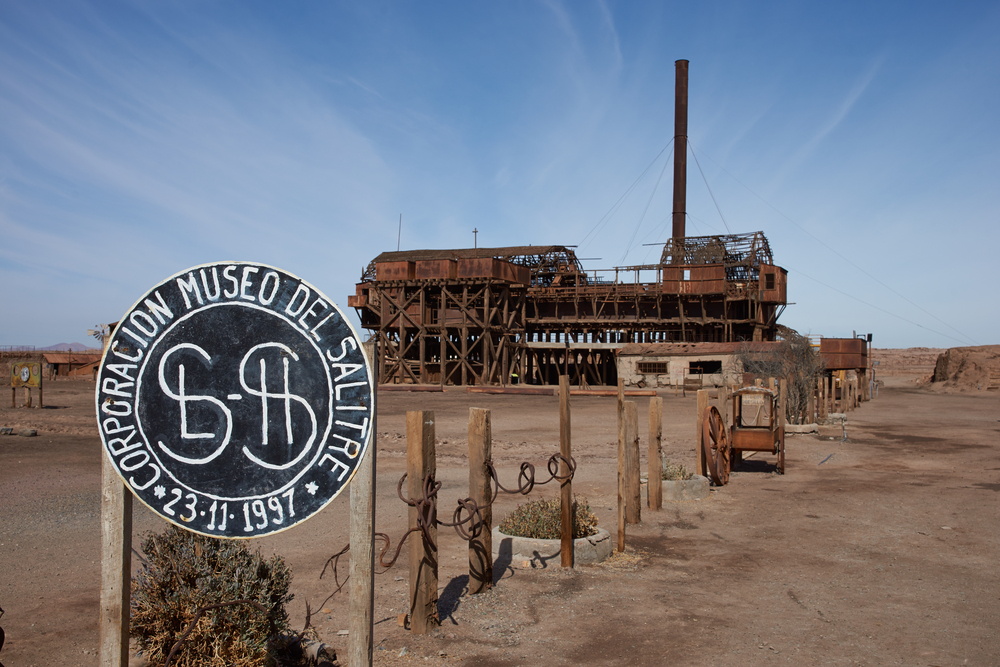 The Santa Laura Ghost Town is 47 km. from Iquique and has been declared a National Monument. It is not far from the Humberstone Ghost Town, but has not been so well preserved.

It was constructed in 1872, by the firm of Barra y Riesco, and then passed into the hands of the firm of Foelsch y Martin in 1897. In 1913 the office suspended its activities, re-starting in 1915, after the machinery had been replaced with new equipment using the Shanks system, which improved productivity. The office was closed again during the ‘depression’ and only continued functioning until 1960. It was purchased by the Compañía Salitrera de Tarapacá y Antofagasta, and shared the fate of Humberstone.

It is one of the few workings which have not been totally dismantled, and some of the buildings are preserved, such as the administration offices, the plaza and sports facilities. Among the ruins you can see the silent machines with their reminder of the splendid if arduous past. You can walk the streets, visit the houses and the buildings which served their various functions, such as the market, the church, the school etc.