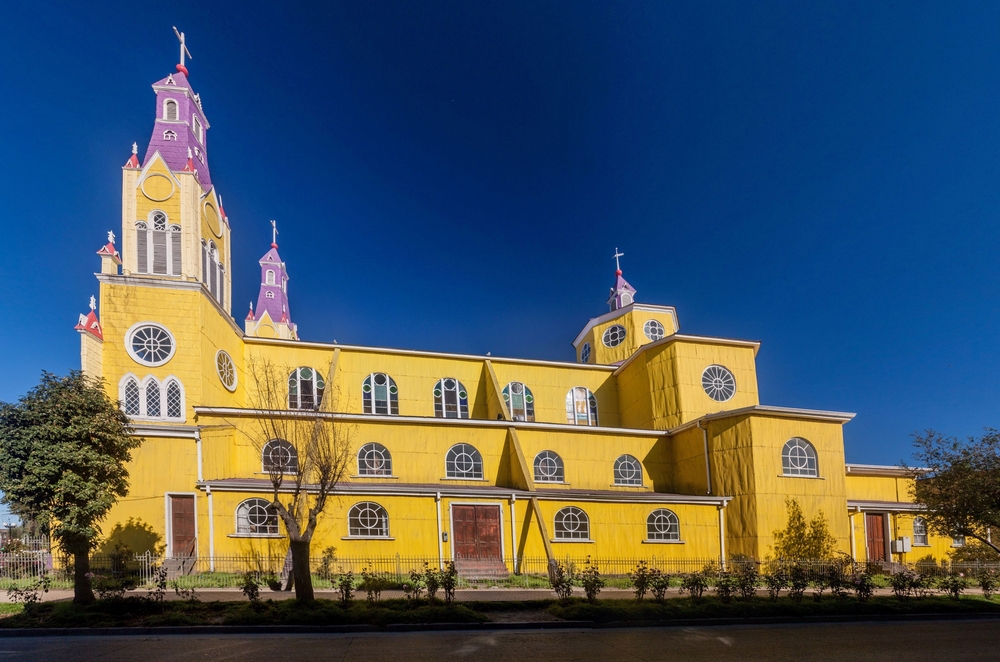 This church is located in the main square in Castro on the largest of Chiloé’s islands. The main religious festival held here takes places on the 4th of October every year in honour of Saint James.

The church was built between 1910 and 1912. The previous church was repaired various times before being knocked down in 1771. The construction of the church was proposed by the Franciscan Priest Angel Subiereand and designed by the Italian architect Eduardo Provasoli who mixed neo-gothic and classical architecture with local styles.

The church was built by local workmen using various types of wood including larch and cypress as well as native woods such as coigue, raulí and olivillo. The roof, façade and exterior decorations are made from galvanized iron.