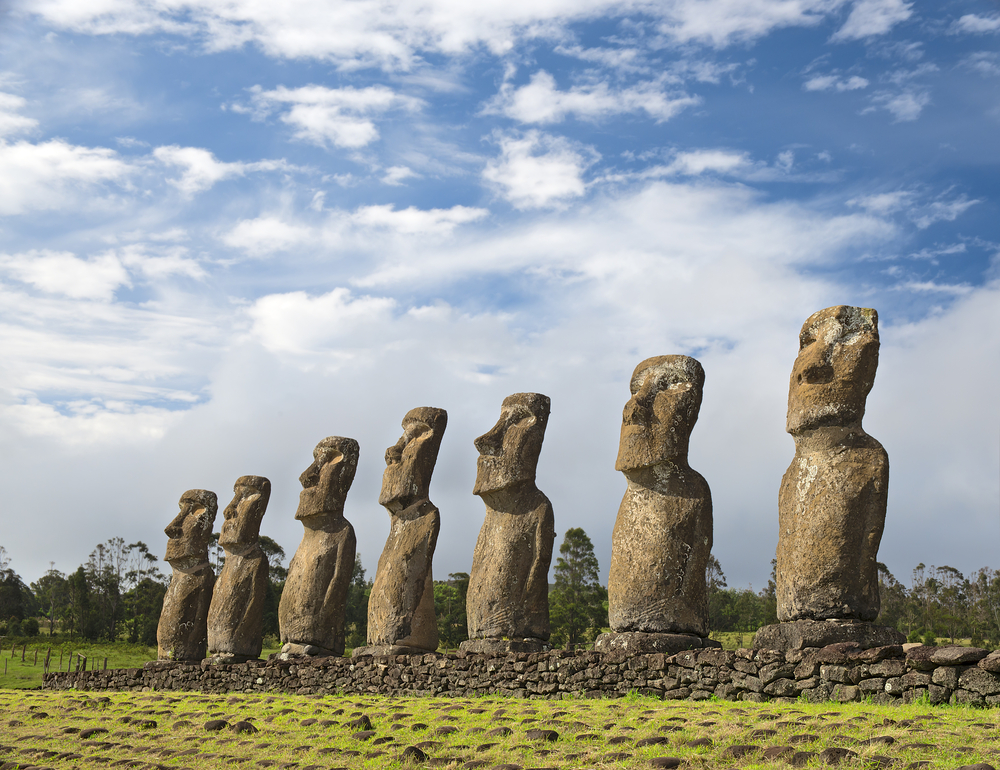 The park covers the whole surface of Isla de Pascua, whose principal town is Hanga Roa. It is located in the middle of the southern Pacific Ocean, 3,700 km from the Chilean coast, making it the most isolated piece of land in the world. Isla de Pascua (named Rapa Nui by the islanders), was declared a national park and historic monument in 1935, with the aim of protecting and preserving the archaeological remains for which it is universally famed.
Its surface area is 6,666 hectares. It has a warm temperate maritime climate, with rain all year round and sub-tropical characteristics.

The native flora consists of a single species, the toromiro, which is now extinct in the wild, with specimens surviving only in a few botanic gardens. The majority of the island is covered by a grassy steppe consisting mainly of ferns. Species of plant that can be seen include hau, makoi, mahute, ugaho and ti. The forests consist of introduced species such as eucalyptus, miro tahiti or tree of paradise, mimosa and cypress.

There are five species of land birds which have been introduced from mainland Chile; common tiuque, house sparrow, diuca, perdiz and palomo. The sea birds are of scientific and cultural interest, as they are extensively represented in archaeological objects. The most commonly represented is the makohe or frigate bird. Another bird of great importance in the culture of Easter Island is the manutara or tern. Native terrestrial species are extremely scarce, although rodents abound.

The main focus of attraction of the park are the moai. A particularly interesting site is the ceremonial village of Orongo, center of the “man bird” ritual. There are a number of beaches, which, in contrast to the rugged topography of the island, are very beautiful with fine sand. Here you can carry out a variety of water-sports such as rowing, swimming and fishing.