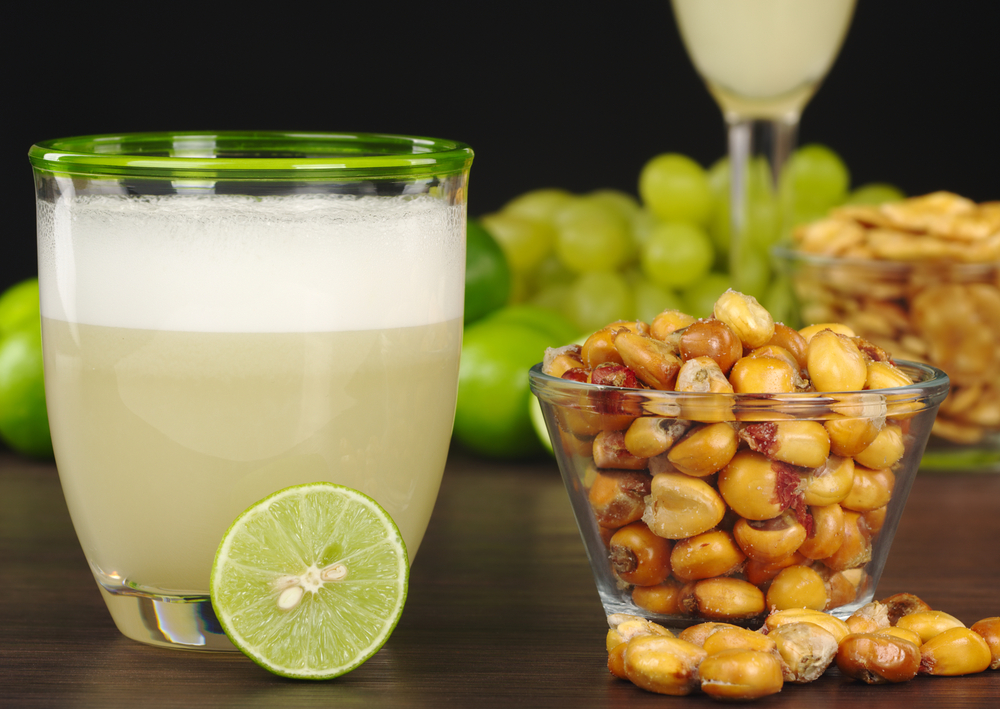 Pisco is a spirit distilled from muscat grapes with a high sugar content, which are grown in the irrigated valleys of the north of Chile. It is produced at different degrees of alcoholic strength and is often served in the form of pisco sour.

There are few places in the world which share the same characteristics as the Elqui Valley. In a zone of arid hillsides, a magical valley opens out, whose climate, scenery and people are an invitation to the visitor. Green vineyards, which produce the best pisco in Chile, stretch out in the sunshine.
In the Elqui Valley you can visit several pisco distilleries. It is considered the heart of the pisco producing region of Chile, and the place with the clearest skies of the southern hemisphere. At the entrance to the valley stands the colonial city of La Serena, with its beaches.

Pisco Sour
It is said that we owe the birth of pisco sour to the English steward of a sailing ship named “Sunshine”. Elliot Stubb in 1872 obtained leave to disembark in the port of Iquique, with the aim of settling in the city and opening his own bar. In the bar which he established, he experimented with many aperitifs and drinks, of which a fundamental ingredient was the limon de pica – a small lime grown in the area.

In order to offer new varieties of alcoholic beverages, the Englishman experimented with many combinations, trying to create pleasant drinks. Until one fine day, he mixed pisco with his most valued ingredient, lime, and added a good dose of sugar. Fascinated by the delicious result, Elliot made it the specialty of the house, and dubbed it “sour” for the acid touch which the lime gives it.

So it was that pisco sour quickly spread to all the social clubs and bars in the port of Iquique as the essential aperitif, and from there it reached the whole country and beyond its borders.