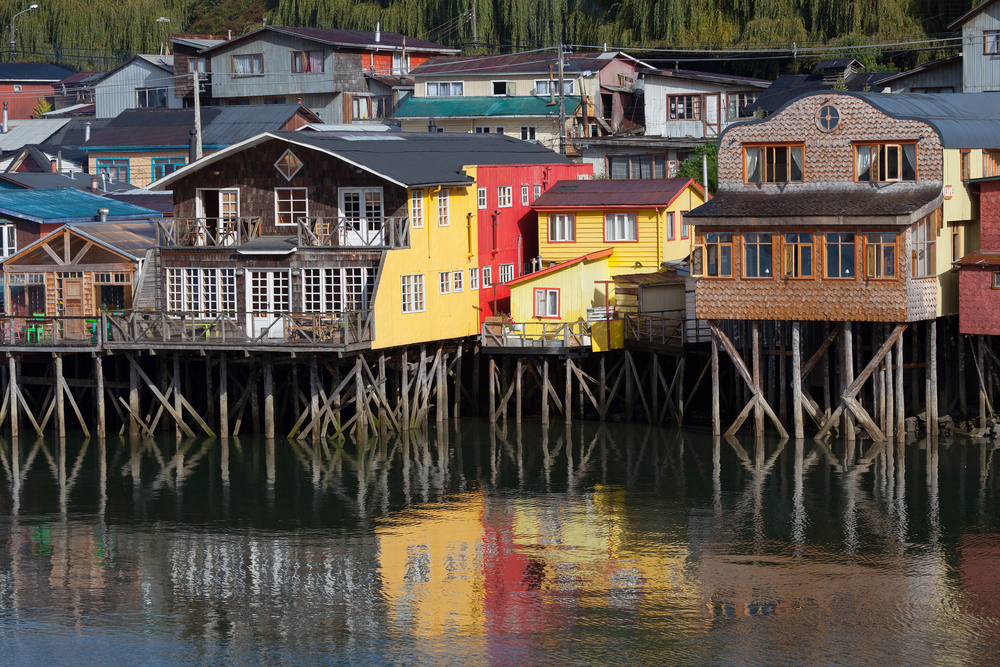 These are constructions built on pillars, submerged in water which were adopted in Ancud, Quemchi, Castro, Chonchi and other ports to make better use of the shoreside during the intense, commercial expansion in the19th century.

The house exerts its control through depth and concentration. It has two front views: towards the street, which corresponds directly with a bridge; and towards the canal, where there will be two levels: an upper terrace which acts as a patio and a second level which is controlled by six hours of high tide  – where domestic or seafaring tasks are performed.
The islanders take refuge inside these dwellings from the damp weather whilst at the same time their need to be near the sea is fulfilled.  That is what it is like in the city of Castro, where the seafront, along Pedro Montt and Aguirre Cerda streets, lights up with palafitos, their strong wooden piles representing the most southerly manifestation of seashore architecture.