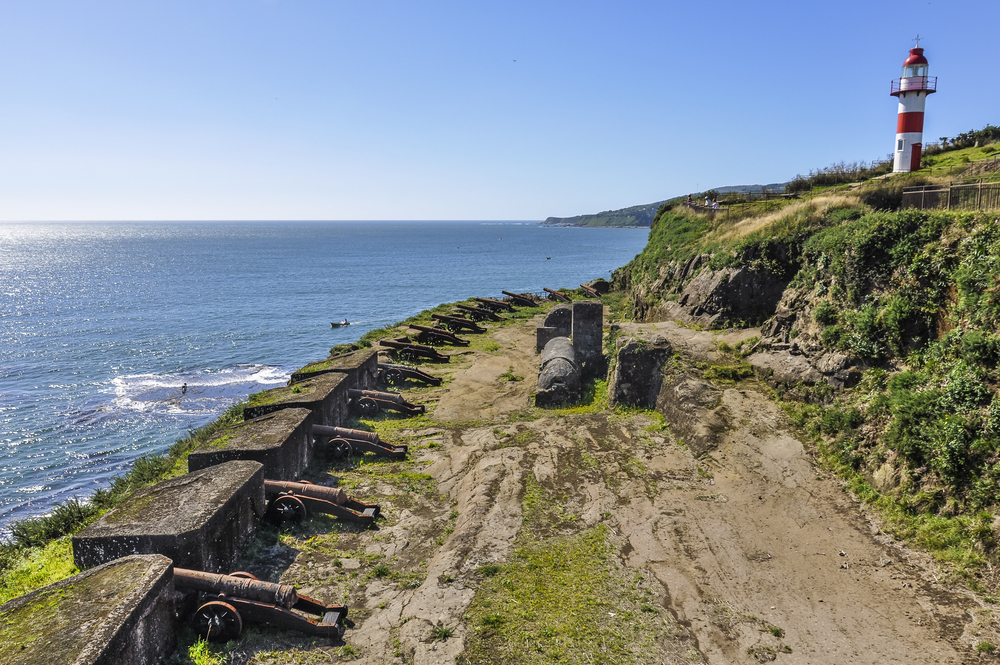 Niebla is Valdivia’s most important resort. It is 15km from the city on the road to the mouth of the Valdivia river. It has a beautiful beach and excellent restaurants, which specialize in seafood. In years gone by it was an important fortification, protecting the estuary of what was then Spanish America.

On your visit you can explore this fort; named ‘Castillo de la Pura y Limpia Concepción de Monfort de Lemus’, it dates back to 1671 and has been declared a National Monument. You can also visit the nearby islands where the Silvester Stenger Park and the San Pedro de Alcántara fort are located.

In February the ‘Coastal Raid’ of the Province of Valdivia takes place, and also the ‘Muestra Costumbrista de la Costa’ a Fair of local traditions, crafts and food.

El Castillo de Niebla
The fort at Niebla is one the fortifications of the big Niebla complex which was built in the 17th century on the estuary of Valdivia river. It was built in the middle of the century by the force sent by the Viceroy of Peru, Antonio de Toledo, with the purpose of re-founding the city of Valdivia and creating a defensive complex on the coast.