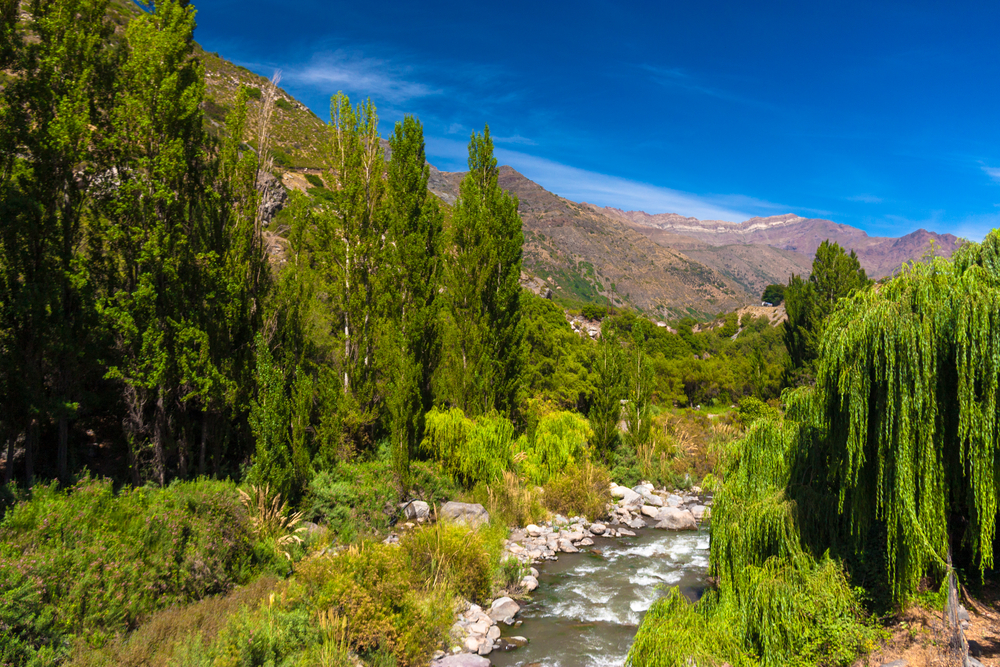 Reserva Nacional Río Clarillo
This reserve covers an area of 13,185 hectares, at an altitude which climbs from 850 to 3,500 meters, in the foothills of the Andes of the Central Valley. It is 45 km south east of Santiago, in the Pirque area.

You can enjoy the beautiful landscape of the Río Clarillo valley, which provides water to the surrounding villages. There are well forested mountains, and the waters of the river flow between curious rock formations.
The most interesting aspect of the flora is the forest of the so-called hard-leafed trees, since this reserve is the last refuge of these species in the Zona Central. Among these species are the peumo, litre, lun and quillay.
Interesting fauna include the torcaza, or Chilean woodpigeon, which is in danger of extinction in this area, and the Chilean iguana.

A visit is to be recommended at any season of the year. There are picnic areas and two excursion trails: Quebrada Jorquera and Aliwen Mahuida. There you may see trees such as canelos and lingues, and groups of vegetation of other species.

The reserve has picnic areas, interpretative trails and an Environmental Information Center.

Reserva Nacional Roblería del Cobre de Loncha
This reserve is to the south of Melipilla, in the municipal area of Alhué, which borders on the Metropolitan Region. It covers an area of 5,870 km2.

It was declared a National Reserve in 1996; it belongs to the Protected Woodland Areas of the Chilean State and is administered by the National Forestry Corporation, CONAF.