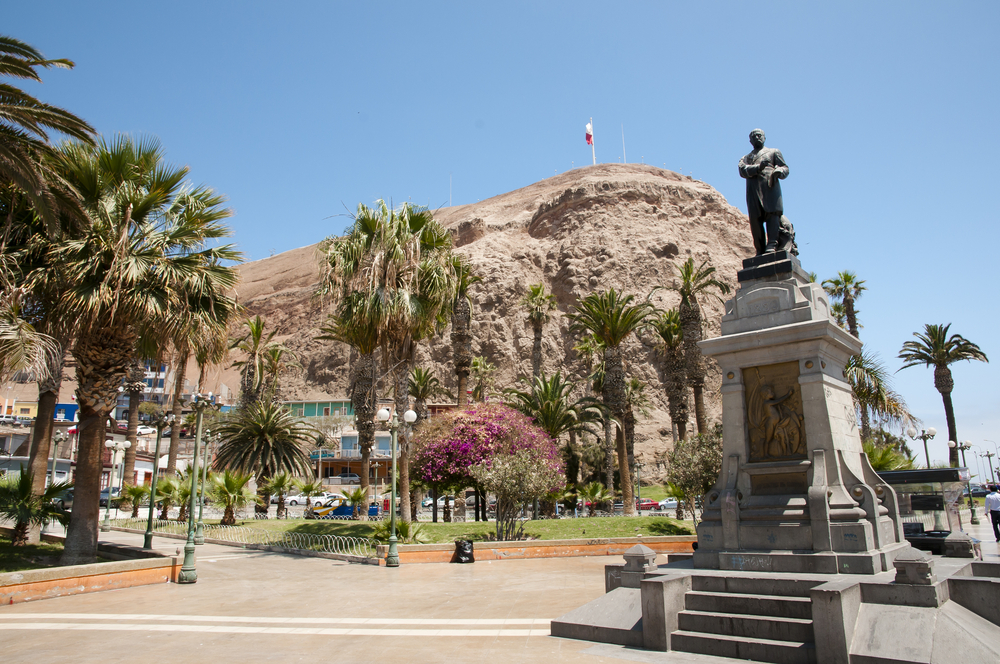 The Morro de Arica, declared a National Monument and an important symbol of the city, is a hill located on the sea front and is 190 meters high. It can be seen from any point in Arica, and from the top there is a view over the whole city, the beaches and the Pacific Ocean.

There is a small square here, where weapons are exhibited as reminders of the War of the Pacific and the assault and capture of the Morro by Chilean troops on June 7, 1880. Here you will see the statue of Coronel Pedro Lagos, the monument to the Unknown Soldier and a statue of the Cristo de la Paz, recording the peace between the three neighbor countries.

You will also find the Weapons and History Museum, containing reminders of the Pacific War such as uniforms, arms and equipment used by the Chilean and Peruvian armies.