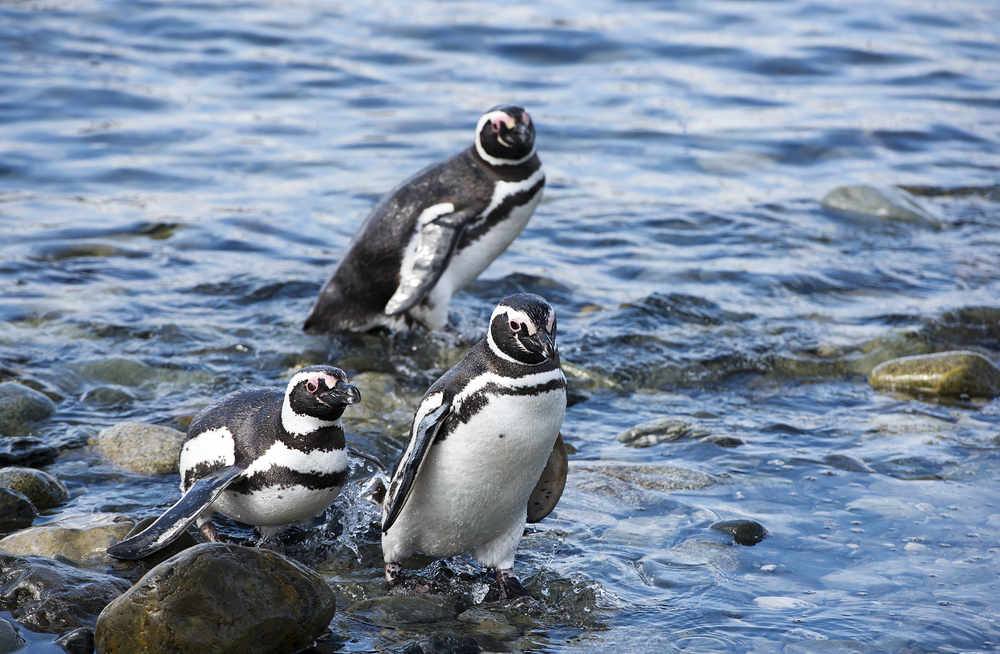 Located 35 km from Punta Arenas in the Magellan Straits, Los Pigüinos consists of two islands with a total area of 97 hectares: Isla Marta with 12 hectares and Isla Magdalena with the remaining 85.

From time immemorial, the aboriginal peoples visited the islands to hunt. Later, Spanish and pirate ships arrived and gave the islands different names – those in present use were given to them by Sarmiento de Gamboa.
You can take a tour out to the islands to see the huge flocks of birds, particularly Magellanic penguins and various species of cormorants. The penguin community is over 200,000 strong; they dig burrows in which to lay their eggs.

There is a lighthouse on the island, declared a National Monument, from which there is a panoramic view of Isla Magdalena. There is also an Environmental Interpretation Center with information panels describing the history of the navigation of the Straits.