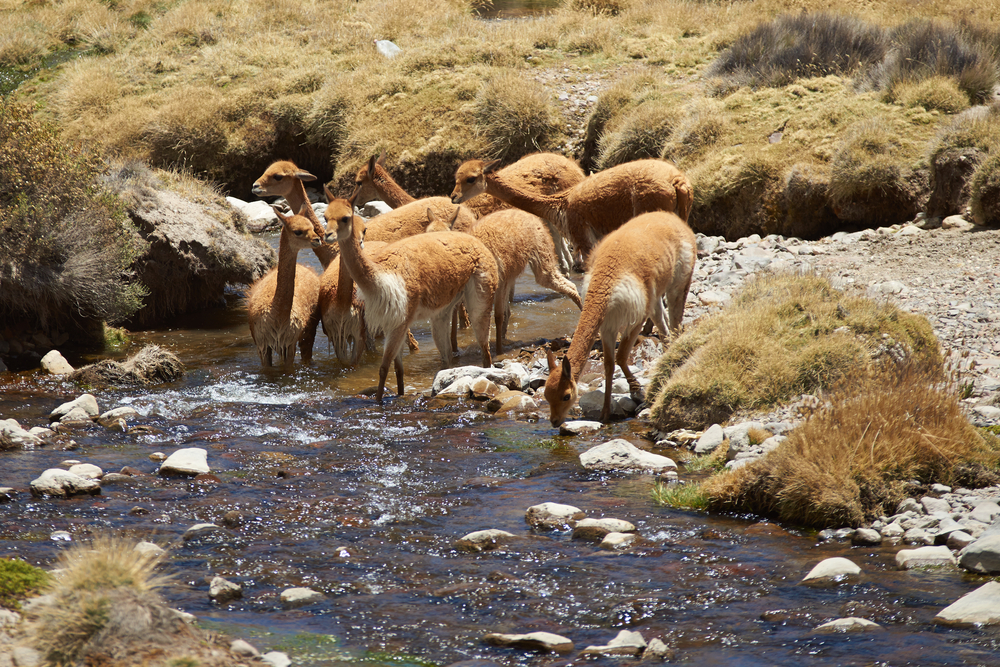 The sectors with the highest altitude are the hills and volcanos: Puquintica (5.780 mts.), Aritinca (5.999 mts.), Salle (5.403 mts.), Belén (5.260 mts.) and Anocariri (5.050 mts.). The rivers that flow through the area are called the Lauca and the Guallatire, and the largest concentration of water is found in the Laguna Paquisa.

Here, you can find various visible traces of Pre-Columbus cultures like the Aymara altars. Some members of this culture still live in small villages, and are llama and alpaca herders. The reserve also offers a panoramic view of the Andean high plateau.

Flora
There is a wide variety of flora in this area, in which you see a range of vegetable communities such as grasslands, wetlands, llaretal and groves of queñoa plants.

Fauna
The animals inhabiting the Reserve are mainly mammals, like the Puna quirquincho, Puna quinea pig, royal chinge, ñandúes, pumas, guanacos, llamas, alpacas, vizcachas, red-colored cats, and vicuñas. In spite of the fact that vicuñas were an endangered species in 1970, there is now a large population. Also, we find three types of flamingos and predominant birds in the reserve are condors, kiula or the partridge, juarjual duck, harrier, Andean geese, cojón and Puna pitío. There are also amphibians like toads, 4 eyes little toad, and in terms of reptiles, many different species of lizards.

Check out the CONAF website for more information about your visit (in spanish only).