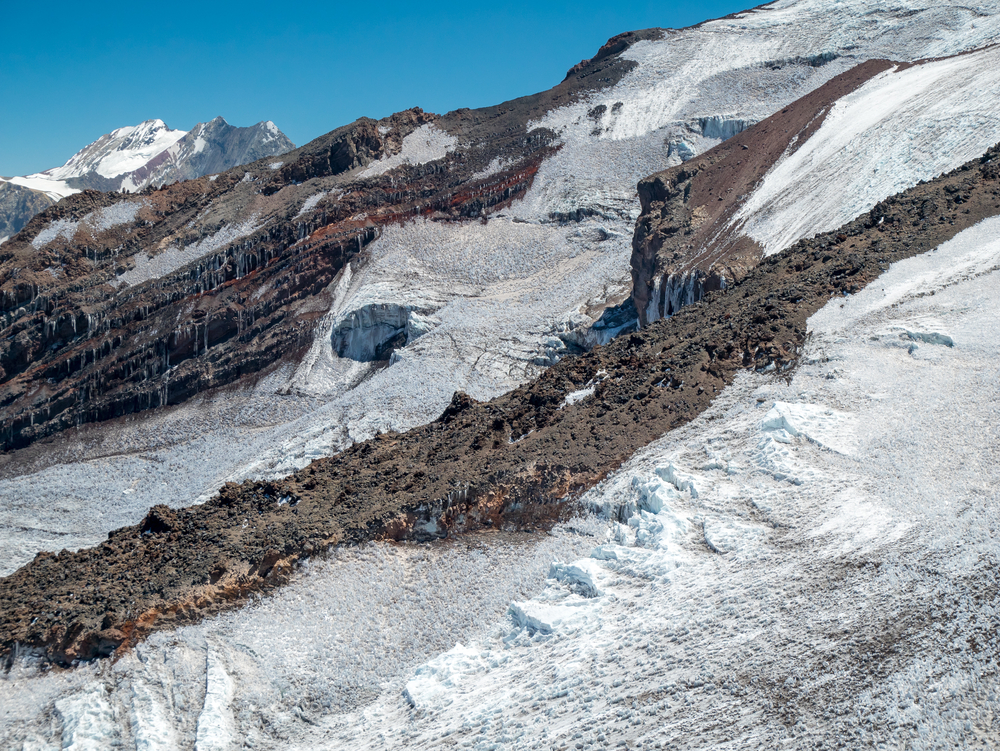 This natural monument is located 93 km from Santiago, one and a half hours’ drive away near the head of the Cajón del Maipo. It covers 3,009 hectares at an altitude of 5,060 meters, and its name is derived from the dark color of the rock of the El Morado mountain, where the Estero Morales has its source. It is a protected area in the heart of the Andes, including the Río Morales valley and the surrounding mountains.

The park is closed during the winter months, May to September, because of the weather conditions. The best months to visit are from December to March.   Currently camping has been suspended in the park, but check with CONAF for further information.

El Morado, with its height of 5,060 meters, is the highest of the mountains which surround the valley, and dominates the scenery of the park with the unmistakable silhouette of its peak. The fauna of the reserve is particularly rich in its birdlife, and frequently observed species include yal, cometocino, chirihue dorado, jilguero negro, jilguero cordillerano, tenca, zorzal, golondrinita chilena, dormilona fraile, churrín, bandurria and minero. Other species you may see are the giant humming bird, picaflor cordillerano, tórtola, tórtola cordillerana, perdicita and perdicita cojón. In aquatic habitats you may see the juarjual.

The flora is mainly composed of thickets of sclerophyllous Andean species, but at lower altitudes in the park you may also find olivillo de la cordillera, hierba blanca and pampas grass, among other species.

The most interesting features of the park are the Laguna El Morado and the San Francisco glacier, which you can reach after a walk which will take at least two hours. An 8 km long trail which runs up through the park will bring you to the foot of the Glaciar San Francisco, passing two lakes, Panimávida and Morales, on the way. There is a camping area.