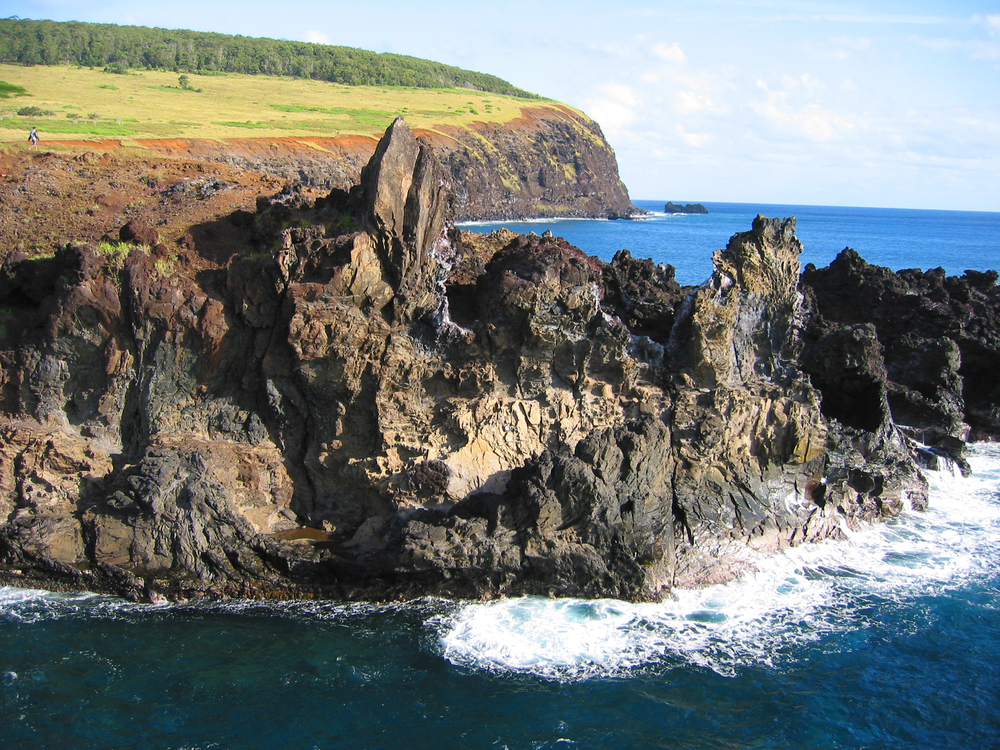 The only way of getting to Isla de Pascua is by air, as it lies in the Pacific Ocean some 3,700 km west of the Chilean coast. The island consists of three extinct volcanoes, and has a surface area of 117 km². It suffers from extended rainy spells, caused by frontal systems, and enjoys a warm tropical climate all year round.

The indigenous vegetation consists above all of grasslands. The soil is fertile, and potatoes, sugar cane, taro roots, tobacco and tropical fruits are grown.

The main source of fresh water is the rainfall which accumulates in the lakes of the craters.

In 1722, when the first Europeans arrived, thousands of Polynesians inhabited the island, but by the end of the nineteenth century, disease and the slave trade had reduced the population to less than two hundred.