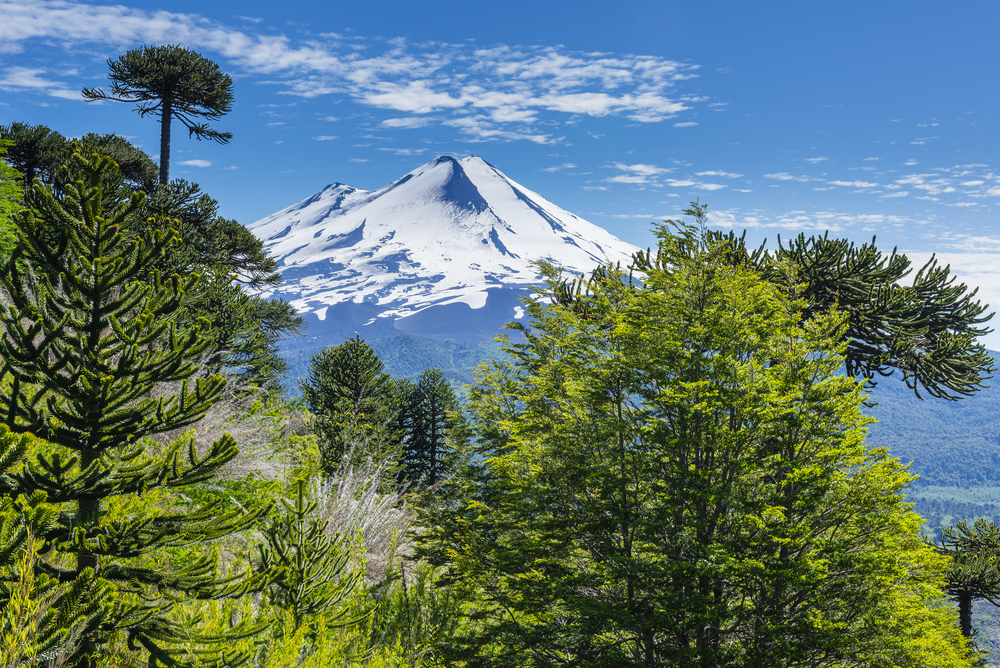 This park covers an area of 60,833 hectares. Volcán Llaima which sits at 3125 metres above sea level is found in the park. The volcano affects the environment around Lake Conguillo, which has crystal clear waters, and freezes during very hard winters. The scenery is dramatic and you can see how it has been formed by huge deposits of volcanic lava. There are also extensive native forests with many species of tree such as the "araucaria", the "ciprés de la cordillera", the "lleuque", the "canelo andino", the "raulí" and the "lenga".

Many species are found in the area including condors and sea birds and some native species such as the "vizcacha", the "monito del monte", the "carpintero negro" and the "aguilucho de cola rojiza" amongst others.

The area has a warm temperate climate and at higher altitudes there is always ice. The average temperature in the warmer months is 15º C and averages 6º C in the colder months of June and July.

There are six fully equipped camping areas which can accommodate 100 people. The Park Administration is located by Lake Conguillio.