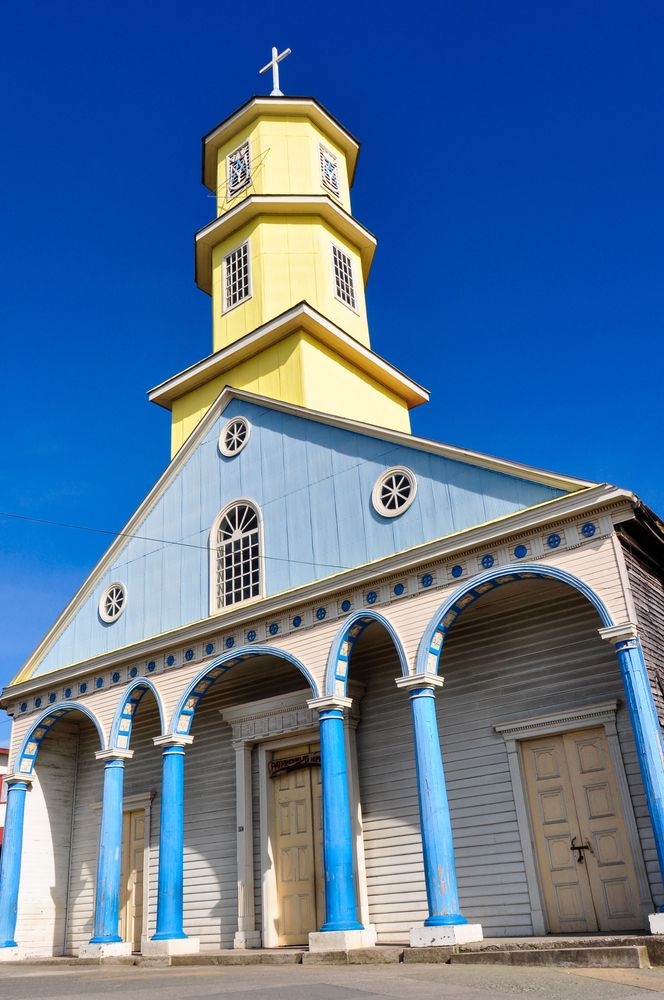 Located in the Plaza of Chonchi, the name of this church comes from its patron saint, San Carlos de Borromeo. The main fiesta os this church takes place on 4 November.

Jesuits began building the church in 1754, having chosen the site to cover the nearby regions and the southernmost zones of the archipelago.

The first church was finished in 1769, two years after the official foundation of the Villa San Carlos de Chonchi, by order of the Governor Guill de Gonzaga.

The building that now stands there was built during the last two decades of the 19th Century, after the earlier church had collapsed in ruins. It was finished in 1859, having been renovated in the neoclassical style, designed and built in wood using the classic designs of the Escuela Chilota de Arquitectura Religiosa (Chiloé’s School of Religious Architecture).

Native woods including alerce, cypress and tenío were used to build the church, as well as stone. There are six conical columns inside, the vault is painted blue, and dotted with white stars.

The surface area of the church is 730 m², making it one of the largest churches on the island. In 1971 it was declared a National Monument and in December 2000 UNESCO made it a World Heritage Site.