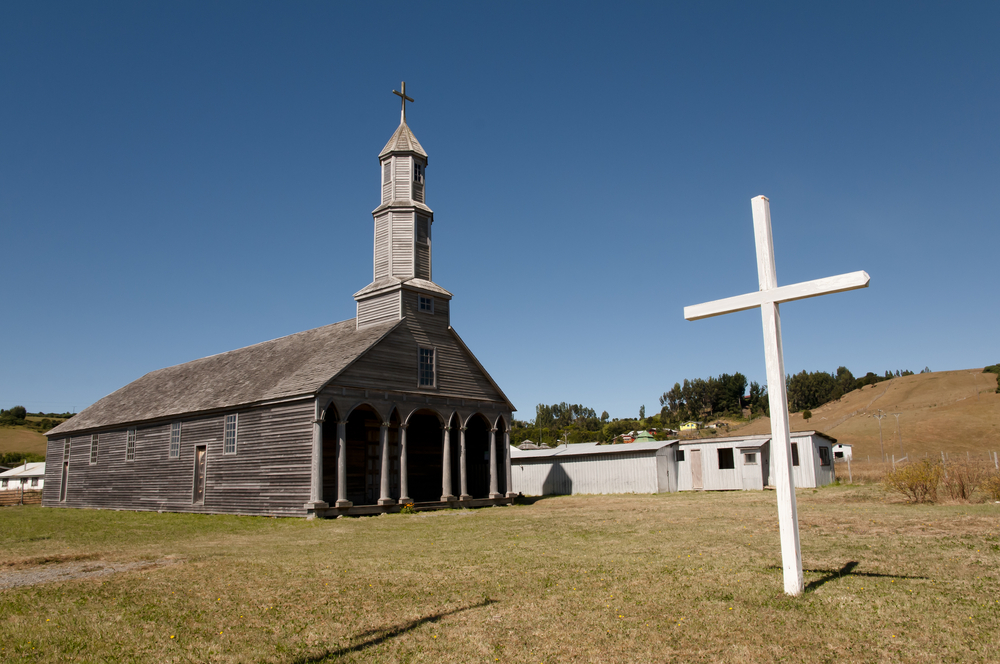 Located on Lemuy island, in the town of Aldachildo. The patron saint of church is Jesus of Nazareth and its fiesta takes place on 30 August.

The church is believed to have been built in 1910 and is categorized as a chapel. It is believed that there have been no structural changes since it was built.

The church was built with cypress and coigüe wood and lined with alerce wood. It has a tower with two bells and its portico is characterized by pillars of one piece resting on bases and half-point and pointed arches. Inside the roof is painted in blue, dotted with yellow stars.

It is located alongside the Lemuy channel, facing south, and serves as a navigation tool for sailors.

It was declared a National Monument in 1999 and a World Heritage site in December 2000.