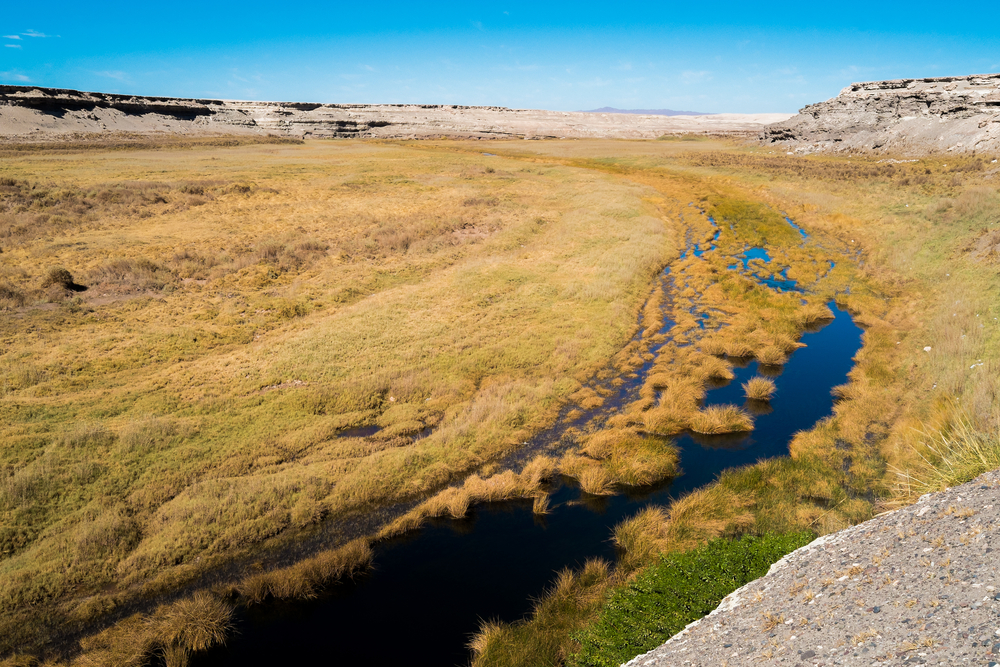 This village is located at an altitude of 2,525 meters above sea level and is 33 km east of Calama. It has a population of a little over 300 inhabitants. It was founded by the Spaniards, who built what is considered the most beautiful church in the region, called Iglesia de San Fancisco and declared a National Monument.

This was the first village established in the Loa sector, an area inhabited by hunter-gatherer peoples.

Iglesia de San Francisco
The church was built shortly before 1675, but there was already a chapel in the area in 1611. Its walls are made of adobe and the roof is made of chañar timber beams joined by leather strips. The ceiling is lined with cactus boards. It is one of the most beautiful churches in Chile and it is distinguished by its Atacameña culture style.

Inside there is a very unusual picture of Christ, painted on both sides, together with a crucifix with folding arms to be carried during processions.
It was declared a National Monument in 1951 and each year on October 4th the festival of San Francisco de Assisi is celebrated.