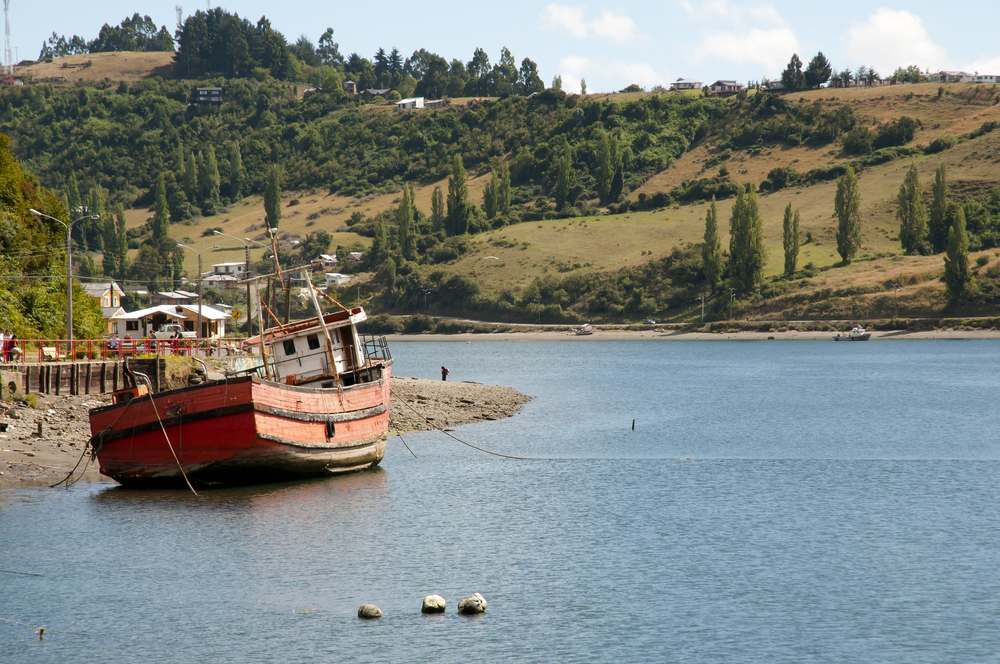 This is a group of islands which was formed by extremely creased and somewhat metamorphosed Paleozoic sediments, located in the south of Chile between the Gulfs of Corcovado and Ancud.

Chiloé island, which is 180 km long and 50 km wide (the largest island in Chile), has the Piuchén mountain range on its west coast and is covered by large masses of Quartenary glacier deposits. It has the impressive hill called Cerro Capitán Maldonado (820 m).
It is separated from the continent by the Chacao Channel, which is approximately 2 km wide. Most of the island’s population is concentrated in Ancud and Castro.