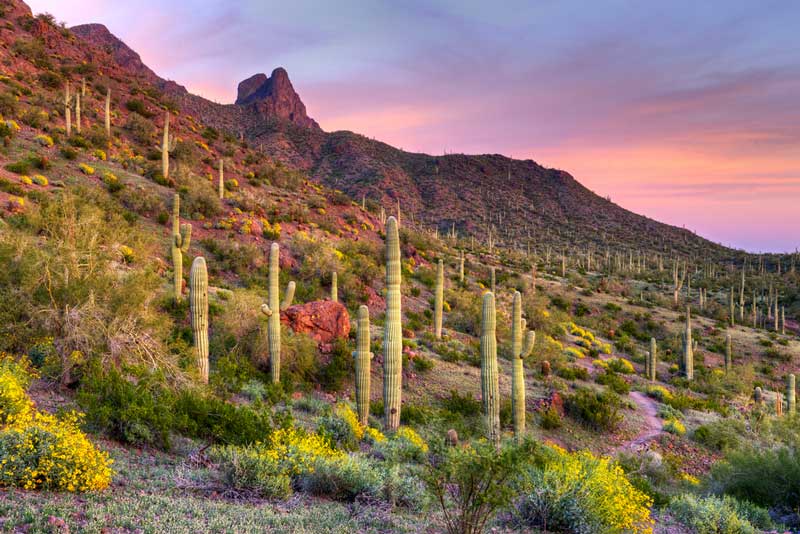 The phenomenon of the Desierto Florido, or Blossoming Desert, has occured in 1983, 1987, 1991, 1997, 2002, 2010 – 2012 and 2015 in the Atacama Desert after abundant rainfall, transforming the arid landscape and filling it with colors and life in a unique display. The area where the flowering takes place is located approximately 20 km. from Copiapó.

The most spectacular blossoming is usually seen in September, after months of only green desert vegetation, and is a product of thousands of seeds and flower bulbs which have survived the intense dryness of the desert for many years. But the Desierto Florido is not just about flowers. Alongside its many beautiful species of plants, there also abound insects and birds often hidden during the dry spells, and which contribute to a complex ecosystem worthy of admiration.

Unfortunately this cannot be seen every year because it depends on the amount of rainfall. In addition, as the heaviest showers usually fall closer to the coast, where exactly the flowers blossom can also vary. Some species that can be found within the bright carpet of colors include the pata de huanaco, suspiro de campo, huilli, senecio or terciopelo, añañucas and iris. These flowers do not co-exist together but instead grow within their own limited zones.

Some of the region’s noteworthy fauna include lizards, birds, wasps and beetles such as vaquitas del desierto (little cows of the desert) and coleopteras.