Attractions in the area of Puerto Montt 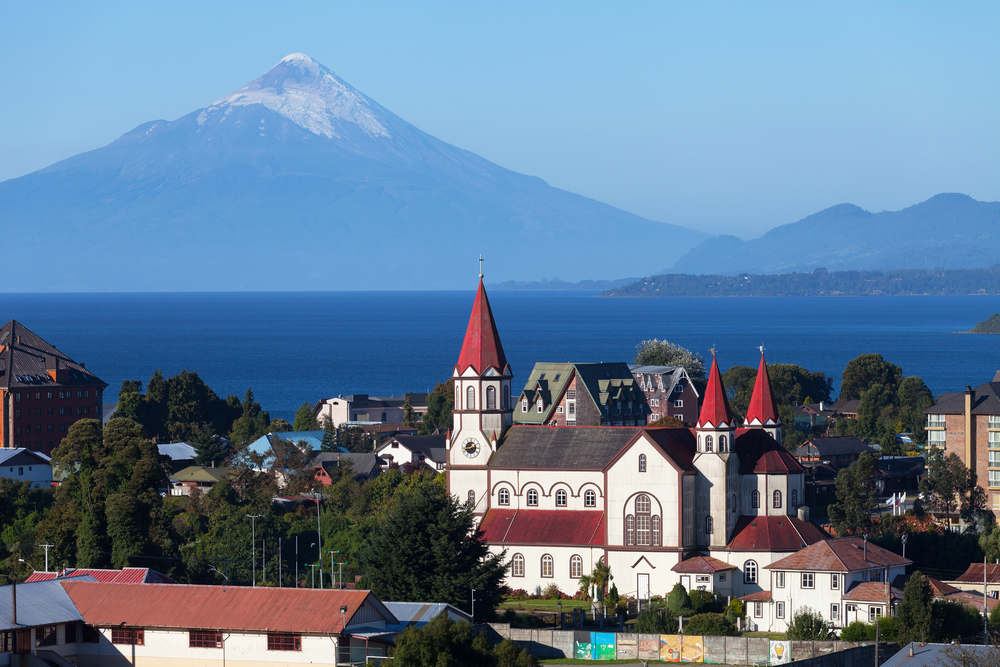 The city has a humid climate with no real dry season, and rainfall is possible throughout the year.

The main activity is milk production, along with sausages and other agricultural products. Tourism is also a growing industry here, as can be seen from the increasing number of hotels built in beautiful settings near the lake.

During a visit, you can go and see the Iglesia del Sagrado Corazón de Jesús (MN), the Puerto Varas Casino, the Iglesia Luterana, and Puerto Chico, which has buildings dating from the beginning of the twentieth century.

Calbuco
This small town, whose name means “Blue Water”, has a population of 8,760 and lies 53 km from Puerto Montt.

The town is sited on a hill and has ports on both its northern and southern sides. It was founded as a settlement and a fort in 1602 by the Spanish. Calbuco is 250 years older than Puerto Montt and for a long time it was the only center of population in the area.

Its current economic activity is based around the production of both salmon and seaweed.

Maullín
Maullín, whose name means “to be full of water”, has a population of 3,173 and lies 70 km from Puerto Montt.

The port extends right along the shore of the estuary. Until 1930, the journey from Puerto Montt was made by sea, passing through Canal de Chacao.

Here, you can visit the Iglesia de Nuestra Señora del Rosario, which was built in 1895 on Cancagua stone foundations, and stands on the town square. You can also visit Pangal, which is a resort with a long beach surrounded by pine woods and mimosas growing on white sand-dunes.
In Maullín, there are cabins and campsites available for visitors.

Carelmapu
Carelmapu, whose name means “Green Land”, has a population of 2,840 and lies 85 km from Puerto Montt.

It is a fishing town which was founded in 1602 by the Spanish. It is possible to see across the Canal de Chacao to Ancud.

In Carelmapu you can visit the oldest church in the region, the Iglesia de La Candelaria, which was built in 1860 and has been declared a national monument. You can also visit Mar Brava, a long, deserted beach; from its cliffs you have a splendid view of the whole Corcovado Gulf.